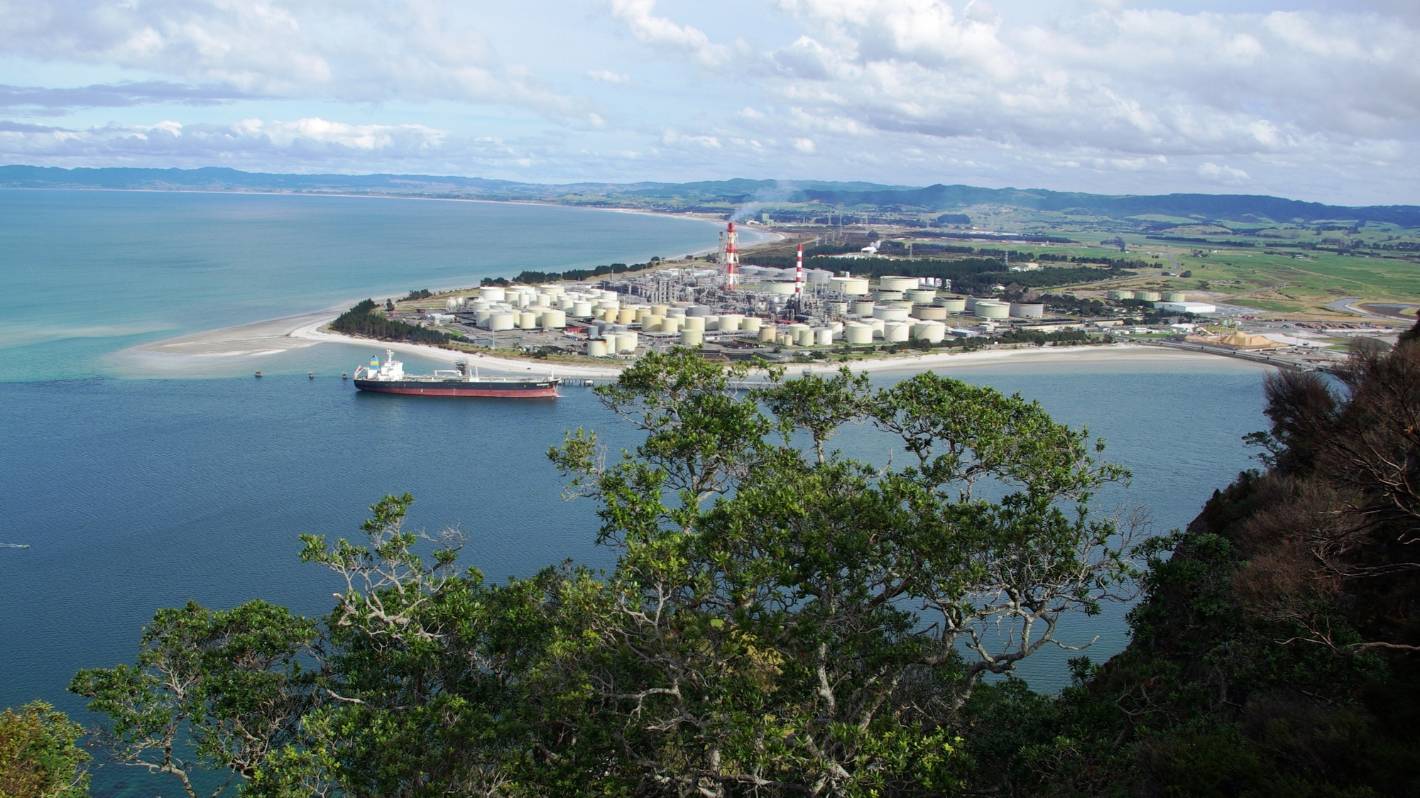 The Marsden Point oil refinery, located at the edge of Whangārei Harbour, now no longer refines fuel and is an import-only terminal. (File photo)

New Zealand’s oil refinery has been fined $169,000 for illegally using banned firefighting foam in training exercises, with foam ending up in Whangārei Harbour.

The company, now called Channel Infrastructure NZ, has admitted its mistake and said the firefighting foam is no longer in use.

The Environmental Protection Authority laid 14 charges against the company for prohibited use of firefighting foam containing per-and-polyfluoroalkyl substances (PFAS), on seven separate occasions in May and June 2021.

The foams are hazardous and can build up over time in both land and marine mammals, said the authority’s general manager of compliance, monitoring and enforcement, Gayle Holmes.

“That’s why there is international agreement on the need to address these ‘forever chemicals’.”

PFAS firefighting foams are banned from use in training exercises and will be phased out completely from December this year.

The company estimated staff sprayed up to 600 litres of concentrated foam during the training exercises, with some liquid entering Whangārei Harbour – which is valued for its environmental, cultural and economic significance to Northland.

In sentencing at the Whangārei District Court on November 10, Judge Jeff Smith found the emergency response trailer was only intended to be used for emergency fires and was incorrectly labelled as containing a fluorine-free foam.

He found there was no satisfactory explanation for why the emergency response trailer was used in training, saying the use on seven occasions was “extraordinary”.

A spokesperson for Channel Infrastructure told Stuff the company immediately reported the incident to the Environmental Protection Authority, the Northland Regional Council and tangata whenua as soon as it was discovered.

“We are disappointed our onsite standing instructions as to the use of the PFAS firefighting foam were not followed, and have since strengthened the monitoring and our on-site enforcement to ensure it does not happen again.

“In addition, following the closure of the refinery all PFAS firefighting foam has now been removed from site and we no longer have an on-site firefighting training facility.”

Channel Infrastructure also did extensive testing of the water, plant and animal life around Marsden Point and found there were no concentrations of the foam substance.

“We have also undertaken prompt actions to improve the environment in the area, beyond remedying the discharge of the PFAS foam, and have been working on this with our iwi partners, Patuharakeke,” the spokesperson said.