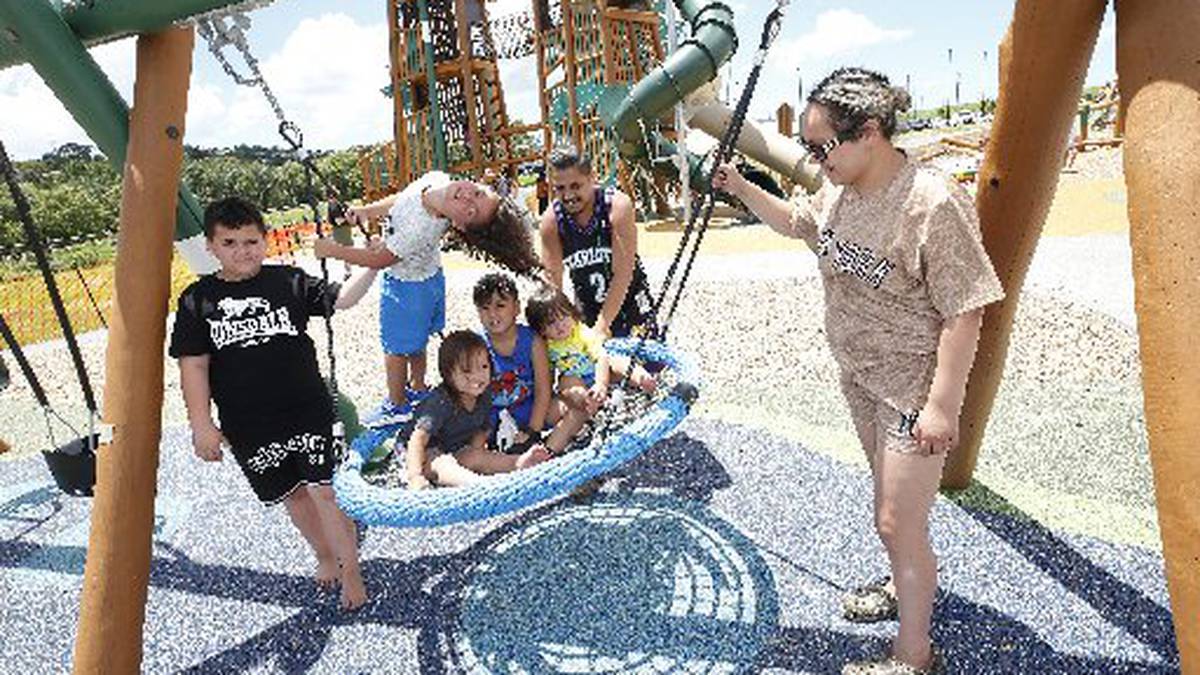 The long-awaited Pohe Island destination playground is sure to bring smiles to the faces of anyone who visits.

The earthworks began last year, but the playground has now transformed into a Flintstones-esque adventure oasis, with large slides, a flying fox, a large sandpit and climbing frames just some of the features included in the new park. Two towers connect via hanging bridges.

The destination playground is part of the William Fraser Memorial Park development to transform the closed landfill into a 54ha urban park.

The park connects to the Hatea Loop, and is not far from other destinations along the way including the Camera Obscura Timatatanga Hou, as well as the Bike Track, Town Basin playground and ball clock, the pocket park, as well as Pūtahi Park.

“It’s something new,” she said. “I probably prefer this one, it’s further away from the cars which is better for when they’re so quick. I like that there’s a good mix for the older kids as well as the younger kids.”

He’s been looking forward to its opening “for quite a long time”.

She said her whānau has been keenly awaiting the opening of the park. “Yeah we’ve been watching this park for ages just walking around.”

Terry and Rawhiti brought their kids and nephews along to enjoy the park in the summer heat. They all think it’s “awesome”.

Parking for the new playground is available at the large 272-space Pohe Island carpark, accessed off Riverside Drive. It is also accessible from the popular Hatea Loop walkway.

While work on the playground is still ongoing, with earthworks and the toilet block yet to be completed, it’s set to be formally completed and opened in early 2023.