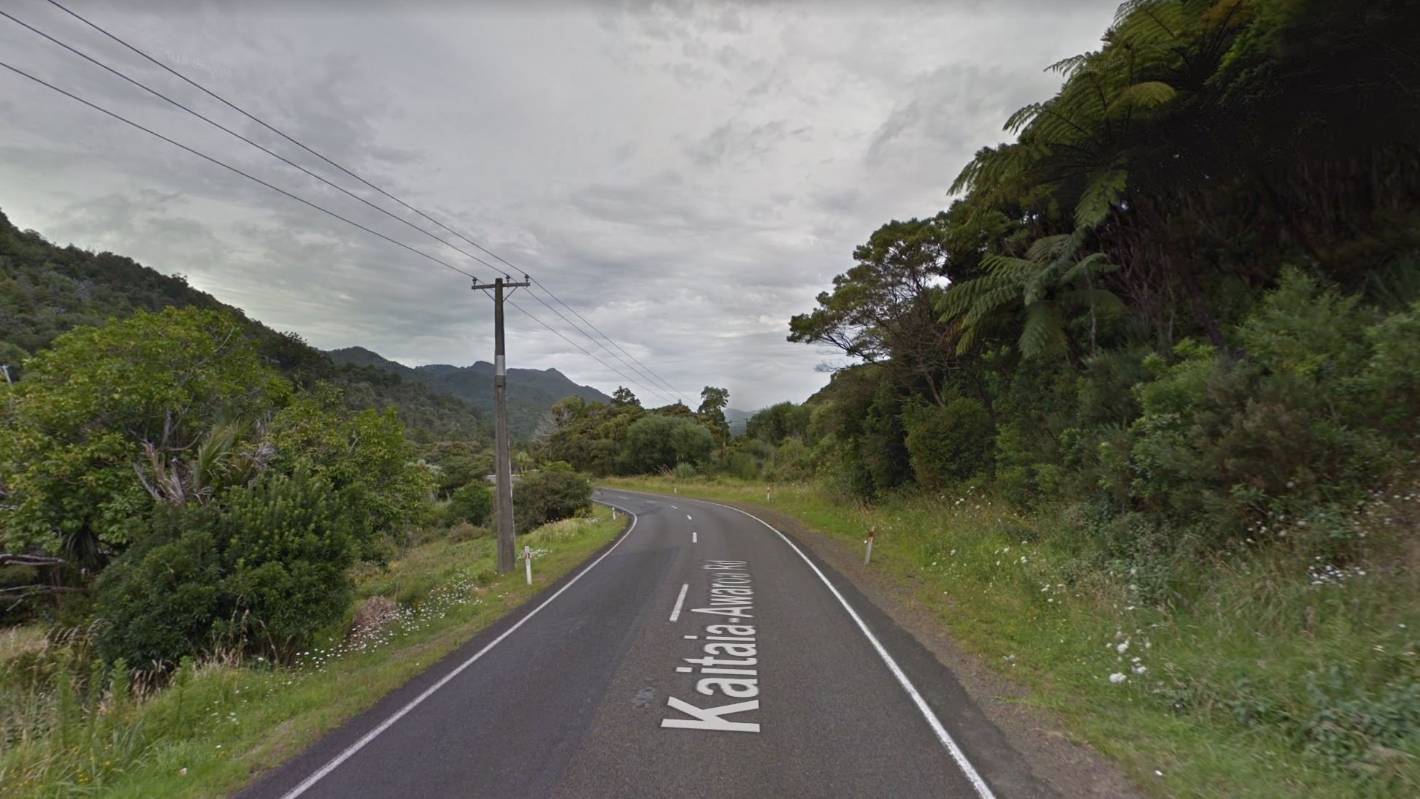 Two people died after a crash on Kaitaia-Awaroa Rd in the Far North earlier this week.

Two people killed in a crash on a notorious Far North road had hit a tree downed by a storm.

The crash occurred on Kaitaia-Awaroa Rd in Ahipara shortly before midnight on Tuesday after a tree tumbled into power lines.

“They hit the tree and went under it. The vehicle travelled further down the road; the driver was likely unconscious, and they collided with another tree,” he said.

“The vehicle had to be winched out.”

Three people, all from the same family, were in the car when it crashed. The third person was taken to hospital in a critical condition.

Ross said it was “only a matter of time” until a tragedy of this scale happened on the road.

“The weather may have brought the tree down, but the real issue is the under-maintenance of foliage on the roadside,” he said.

Motorists have been urged to slow down, think twice and take extra care.

Ross has been concerned about the trees lining Kaitaia-Awaroa Rd after a falling branch shattered his windscreen five years ago.

“I almost died on that road,” he said.

“I’ve been worried about it ever since.”

During large storms, Ross patrols the road with another firefighter to make sure it stays safe to drive.

“He’s driving his end and I’m driving my end to make sure there are no slips or trees down on this road.

“But it’s not my job. Council should be maintaining it.”

Kaitaia-Awaroa Rd has claimed at least eight lives in less than two years, including that of a 3-month-old baby.

Ross was hoping the most recent deaths would be the last.

“Two innocent lives have been lost.”

The Far North District Council has been approached for comment about maintenance on the road.