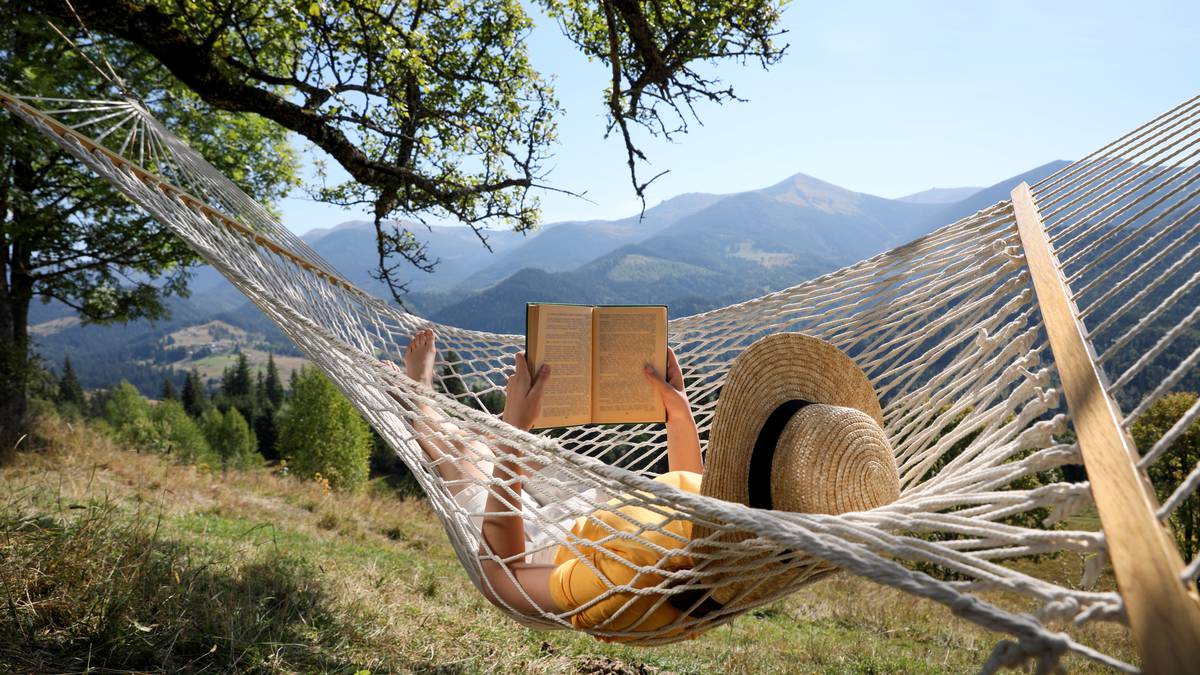 Summer holidays are a great time to catch up on reading. Photo / 123RF

What better way to spend summer than losing yourself in a good book or four? Reporter Jenny Ling asks 10 avid Northland readers what books they recommend taking on holiday.

Title: The Girl You Left Behind by Jojo Moyes

Set in France in WWI, Sophie Lefèvre is left to fend for her family after her artist husband Édouard leaves to fight at the front and their town falls to the Germans. Edouard’s portrait of Sophie draws the eye of the new Kommandant and a dangerous obsession is born. Almost a century later, Sophie’s portrait hangs in the home of Liv Halston. A chance encounter reveals the painting’s true worth, and a battle begins for who its legitimate owner is – putting Liv’s belief in what is right to the ultimate test.

I devoured this book in a day while on a boat in the Bay of Islands last summer, so this ticks the box for a holiday read! I enjoyed the plucky main character, Sophie, the sense of place that the author created, and the compelling storyline which alternated from the past in WWI to the present day in London.

It’s about a young woman who marries a wealthy widower and moves to his gorgeous home Mandalay. But her new husband, the house and the household are all haunted by his former wife.

I think the writing is beautiful which is why I return to it every year. I also like stories written by women in that wonderful time before cellphones and the internet. Another favourite is The Talented Mr Ripley by Patricia Highsmith.

Title: The Secrets of Strangers by Charity Norman

Five strangers are held captive in a cafe in London by a gunman out for revenge. What has happened in each of their lives up until now will help them get out alive, or maybe get them killed?

I really liked how nobody was who they seemed on the outside. As the story goes on, we gradually discover more and more about each one, including the “villain”. Being held captive in a siege would bring out the best or worst in everyone, and that’s what happens here, with lots of twists and turns.

Title: Past Caring by Robert Goddard

Briefly, the story revolves around a prominent politician’s mysterious fall-from-grace in Edwardian London and the woman he would do anything to keep.

I especially enjoy this book for its slowly-unravelling suspenseful plot. In a world of fast-paced, up-all-night thrillers, this story is a compelling, slow-burn mystery that keeps you guessing, and features characters you can easily identify with.

Slough House is a dumping ground for MI5 operatives who have cocked up; spending their days pen-pushing and analysing data, until they get the hint and resign. However, one day there is a kidnapping linked to a terrorist organisation and the “Slow Horses” see their chance of a way out.

It has great characters, witty dialogue and a well-paced story which grabs and pulls you in. It is perfect for the bach, beach or boat and once you’ve read it, you’ll want to read the other seven in the series.

Reading Wawata Moon Dreaming feels warm and luxurious, like a hot bath, with the bonus of connecting to a traditional way of living.

Genre: Murder mystery with a touch of romance

Northern Lights explores the themes of survivor’s guilt, abandonment by a parent, and lover, family relationships, the power of money to corrupt and of love to heal. It works through secrets, suspicions, and murders, balanced against the power of nature at its best – a compelling read.

The way the author weaves the stunning scenery and lifestyle of the Alaskan wilderness into the story. The setting is almost another character, magnificent, deceptive, life-threatening, in a world where darkness falls by mid-afternoon and the temperatures are well below zero.

Title: The Song of Achilles by Madeline Miller

The Song of Achilles is a retelling of Homer’s Iliad. Set in ancient Greece, it follows the love story of Achilles and his companion, Patroclus, from its first stirrings through to its tragic and bitter end during the Trojan War.

The writing is exquisite and the story beautiful, poignant and breathtaking. I had it on my bookshelf for almost 10 years before I read it, and I consumed it in days. It has also become a favourite of my daughters – one of the very few books (along with Where the Crawdads Sing by Delia Owen) that I have recommended to them that they’ve actually read and loved.

Title: The S’Collarship Prize by Monika Welch and Gustavo Merlo

It’s about Sean Scully and his humongous dog Tsar, and how Tsar had to attend Barnacles School for Special Dogs Who Don’t Read Good. I’m looking forward to reading this book to the two youngest of our gorgeous mokopuna.

The things I love about this book is firstly that it’s local – it’s about Hairy-keri town! Secondly, it’s about dogs, who are much nicer than humans, and it’s about Tsar, who kept us laughing throughout the pandemic on Facebook. It comes in a beautiful cardboard sleeve, too. The pictures are amazing, as is the yarn the book spins. And better still, any school wanting Sean Scully to come in and read the book with his new giant puppy Atlas can get a visit. It’s almost like it comes alive because Sean’s in the book, too.

In a nutshell, her books are beautifully, almost elegantly, written with characters you can really see and feel.

She has a way of including the environment almost as a character in its own right.