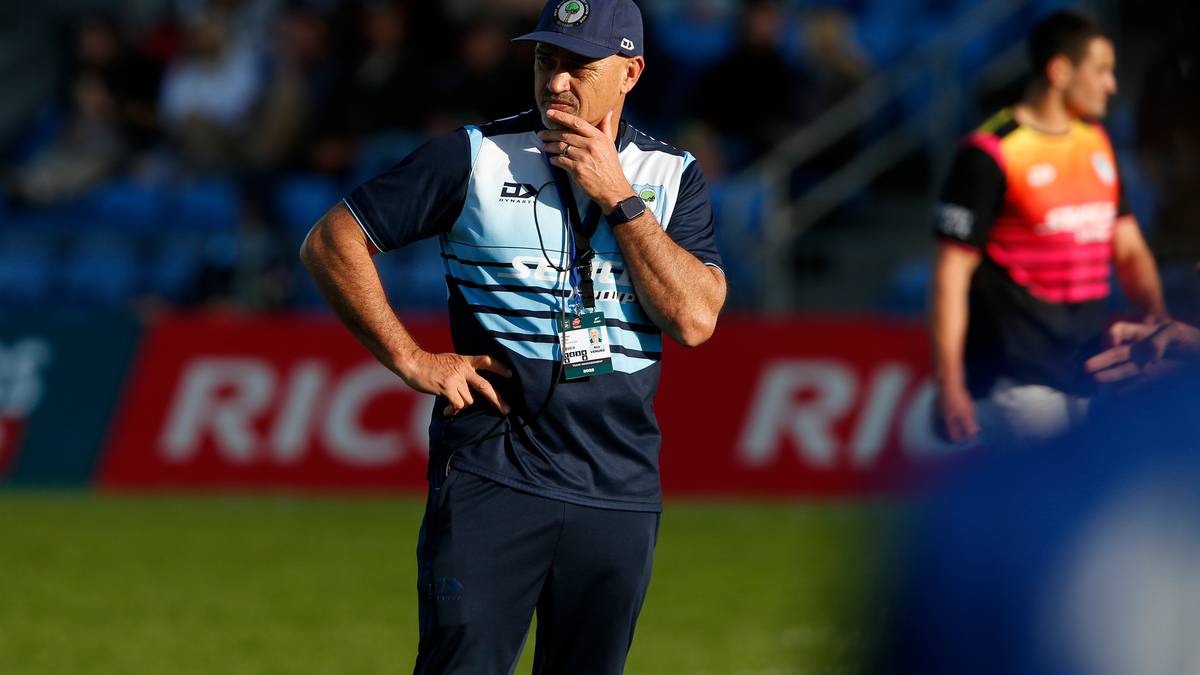 George Konia is quietly confident of his team’s chances in this weekend’s quarter-final against hosts Canterbury. Photo / Michael Cunningham

Northland Taniwha are going down to Christchurch to create a piece of history by toppling in-form Canterbury and not to make up the numbers.

Head coach George Konia didn’t mince his words when asked whether his players would rather tackle a different opposition or how they felt about a daunting task in this weekend’s Bunnings Warehouse NPC quarter-final.

“It’s been a tough NPC but we’ve come out of the competition having won six games out of the 10 so we’ve earned the right to be in the quarter-finals and now we’re in preparation mode and we’re going down there, not to make up the numbers, but to win.”

The Cambridge blue edged Tasman on the points table for the playoffs after beating Manawatu in Kaikohe last weekend.

“We know Canterbury are a good team and we need to prepare accordingly but we are really excited by the challenge. We know we need to be physical against them and that needs to start upfront with our forwards, and the backs need to complement them by being clean and accurate and also to win those collisions.

“We just need to work hard and put ourselves in a position to be able to win the game.
We’re under no illusions about going down there and beating Canterbury by a big score.

“We know if we put ourselves in a position to win it, it’s going to be close so we just need to win those moments and we’re getting better at that so just need to be more consistent with regards to that.”

Konia said his side were aware Canterbury would target their set piece and breakdown, just like the Crusaders, so Northland needed to make sure they were accurate in those areas.

But also, he said his players needed to complete their sets on attacks, build pressure because any team put under pressure would crack.

Although Moulds was a big loss, he said other players would step up and give Northland every chance to qualify for the semifinal.

On whether Northland would have liked to play any other team in the quarter-final, Konia said: “Now that we’re in the quarters, our goal is to win it and sooner or later we probably could have come up against Canterbury. It’s probably a good thing we’ve got them early.”

He lauded the effort put in by the players, coaches and Northland fans who supported the team during tough times at games that helped the team qualify for the playoffs.

This is Konia’s last season as head coach but his focus is purely on getting his side match-ready rather than dwell on the emotional side of things.

“My total focus is on each week, game by game. I haven’t really thought about what’s gonna be happening post-season. I am just trying to prepare the team as best we can, be a professional coach and put ourselves in a position where we can really change history and win this competition,” he said.

Northland have taken major scalps this season, beating the likes of Auckland in Whangārei, taming the Wellington Lions in Porirua, and beating Taranaki in New Plymouth.

They have also had close shaves and Konia is well aware Northland cannot afford to either start poorly or chase a big score in knockout games.