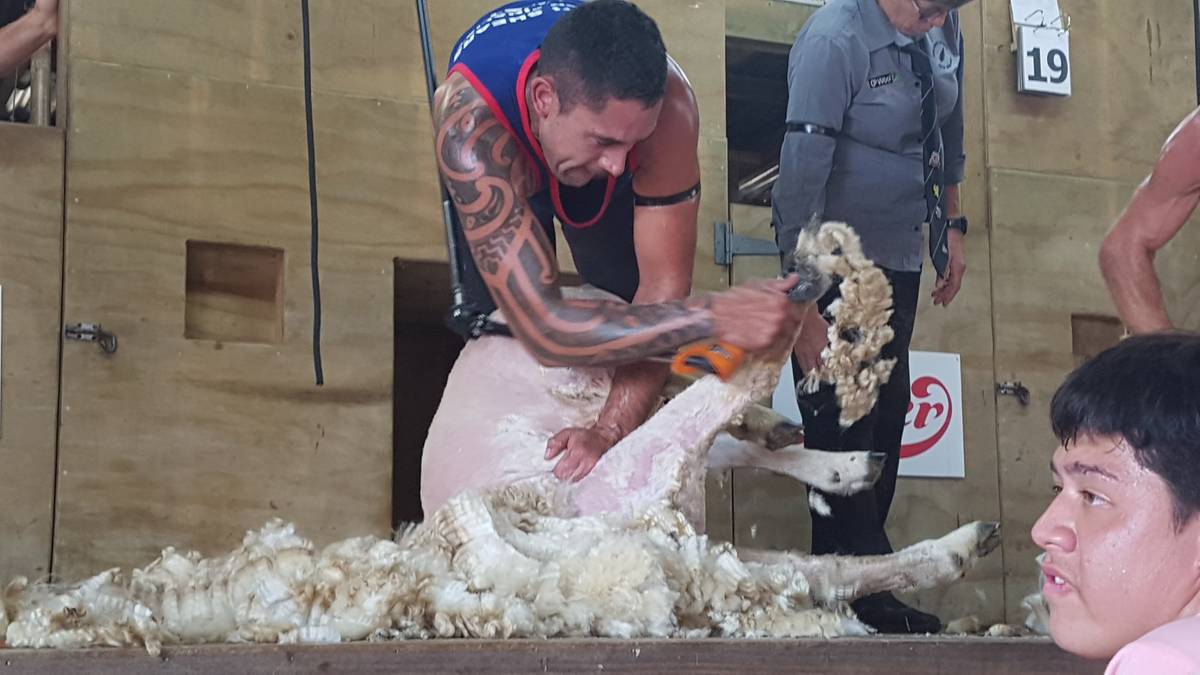 Toa Henderson’s 1400km round-trip from his Kaiwaka home to the Central Hawke’s Bay proved worth it as he won the district’s A&P Show open shearing final on Saturday.

The Northland first made it into the semifinal by one place and was then whisked into the final by a marginal 0.15 points.

It was in the top four, shearing 20 sheep each, that Henderson found his gear up against three others.

Golden Shears favourite and Hawke’s Bay show winner Rowland Smith, who grew up in Northland, wasn’t among the 16 starters on Saturday.

Former World and Golden Shears champion Gavin Mutch, a Scottish Southern Hawke’s Bay farmer, and Masterton shearers Paerata Abraham and brother-in-law David Gordon helped shape a great final, with everyone having a lick at the lead.

A recurring shoulder injury meant Mutch withdrew with about eight sheep remaining. Henderson established his lead and finished in 17m 49s – 16s ahead of Abraham, followed by Gordon, who finished in 18m 19s.

Henderson wrapped up the competition with a comfortable margin of 3.81 points.

“It was good once I settled down and got a bit of a lead,” he said.

“I did just what I needed too for the win, and I’m just slowly learning more what I need to do when I get to finals. I’m really starting to feel good now when I do get to them.”

Saturday wasn’t the first successful central districts raid for Henderson. He made similar trips to win the Apiti Open final, north of Feilding, at the end of February 2020 before winning the Poverty Bay Gisborne Shears open title in October that same year.

Henderson’s track record included a Golden Shears Junior final and finishing runner-up to brother, Tane Henderson, in the 2008 Senior final before moving to West Australia for about 10 years.

He hopes to make another trip south to the Taranaki Shears in Stratford on November 26 a few weeks before the Whangārei A&P Show with the Golden Shears in Masterton on March 2-4 the end goal.

A second Northlander, Reuben Crawford was a surprise Junior final winner ahead of Wairoa’s Ryka Swann and Cheyden Winiata, from Nuhaka.