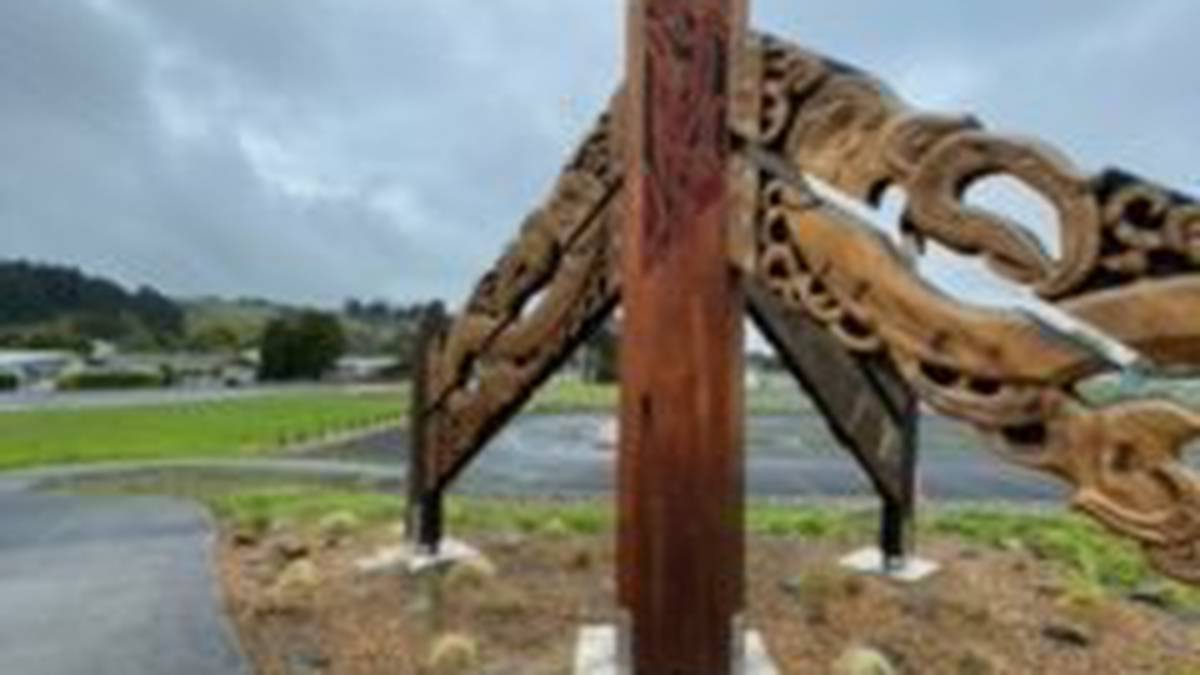 The vandalised pou which now has a head missing and saw marks cut into various areas of the carving. Photo/Supplied

A man has been charged after a cultural gateway leading into Kaitāia south was beheaded and other parts of the structure vandalised.

The orongo carving at Moerua Park in South Rd – Kaitāia’s only carved pouwhenua – had one of its heads cut off and other parts of the structure sawn in half last Friday.

The 61-year-old local man was arrested yesterday after police were tipped off by the public following an appeal and the release of CCTV footage on Monday.

He is due to appear in the Kaitāia District Court today charged with intentional damage.

Police said orongo represented unity and peace, and is the community’s taonga.

“[…] and we are thankful to have apprehended the person responsible for desecrating it.”

The pou, erected in August, was part of a $7 million project beautifying Kaitāia.

Its beginning has been marred by conflict – the first signs of which appeared at the blessing and unveiling of orongo. There, a group of mana whenua claimed they had not been adequately consulted about the project.

But working group cultural spokesman and Te Rarawa kaumātua, Hone Paitai, disputed the claim mana whenua were not consulted as he said they had made several attempts to engage with them.

Paitai said the group had engaged both Ngāti Kahu and Te Rarawa carvers to create the symbol of peace that took roughly 1500 hours.