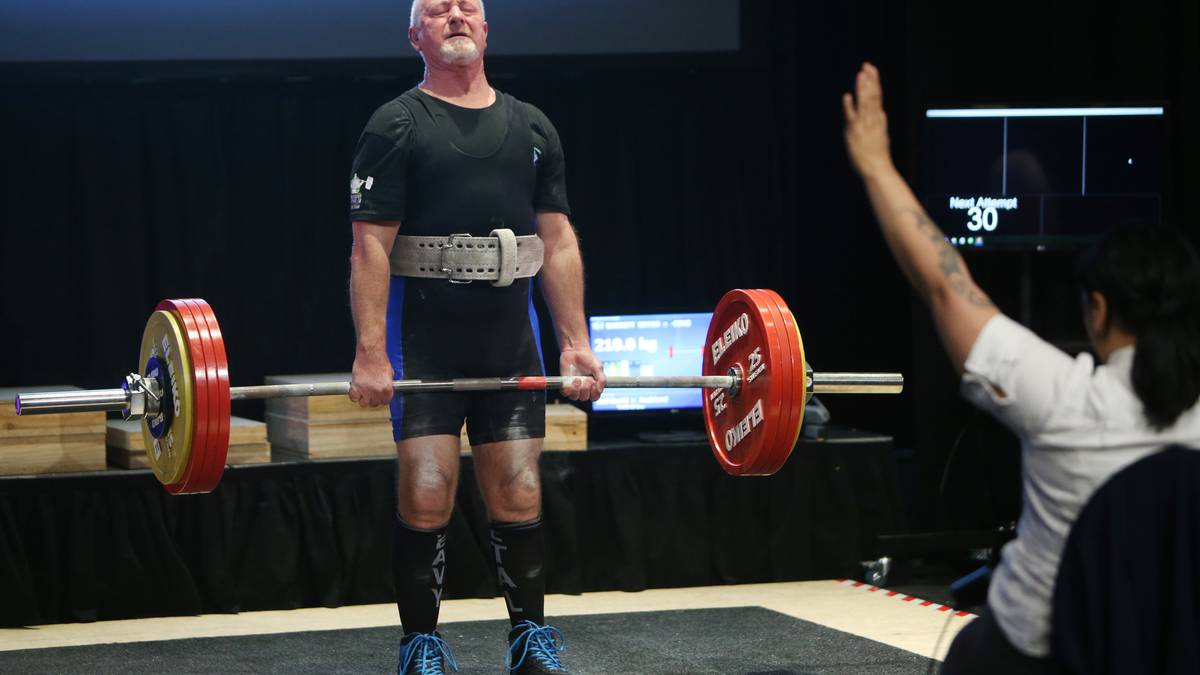 Whangārei lifter Bryan Barrett is one of three lifters from the district representing New Zealand in the Commonwealth Classic and Equipped Powerlifting Championships next week. Photo / NZME

The championships are being held at the Due Drop Events Centre (previously the Vodafone Events Centre) in Manukau from November 28 to December 4 and will feature some of the top lifters from the Commonwealth.

Among them will be Whangārei lifters Bryan Barrett, aged 70, Janelle Abbott, 41, and Nyima Tsering, 17.

The opening ceremony for 2022 will include a pōwhiri, involving whaikōrero [formal speech], waiata [songs] and kai [food], and will be held at Due Drop Events Centre on Sunday, November 27.

NitrateWatch is a GNS research project helping communities look after their drinking water by offering a free, confidential testing service to measure nitrate levels in bores and springs.

NitrateWatch is supplying free testing kits to anyone whose drinking water comes from a bore or spring. The kits are available for pick-up from the Kaipara District Council offices (Mangawhai or Dargaville). Alternatively, you can email nitratewatch@gns.cri.nz with your postal address and they will send you a free testing kit with all instructions included.

Te Paatu ki Kauhanga Trust Board has signed a deed of gift with the Anglican Church, gifting ancestral lands formerly held by the church to the people of Te Paatu ki Kauhanga. On Sunday, a public event will allow the community and hapū to acknowledge this unique agreement. The celebration will be held at St Barnabas Church, followed by a hakari [feast] at Kauhanga Marae, Peria, from 10am on Sunday.

The Van Gogh & Vino event is on in Tūtūkaka this week. Paint your masterpiece with a drink in one hand and a brush in the other. All supplies including canvases, aprons, and reference photos are provided, as well as a complimentary beverage on arrival. Tickets cost $59, and the event will be at the Whangārei Deep Sea Anglers Club on Thursday from 6.30pm–8.30pm. Check out www.facebook.com/events/852264982903108/.

The Butlers are coming

The Butlers, an independent band who recently opened for Oasis’ Noel Gallagher at Spark Arena, will be playing at the Butter Factory tomorrow at 8pm. The show is part of a tour to launch their new album, Back to Basics. Tickets can be bought at undertheradar.co.nz or via the Butter Factory Facebook page.