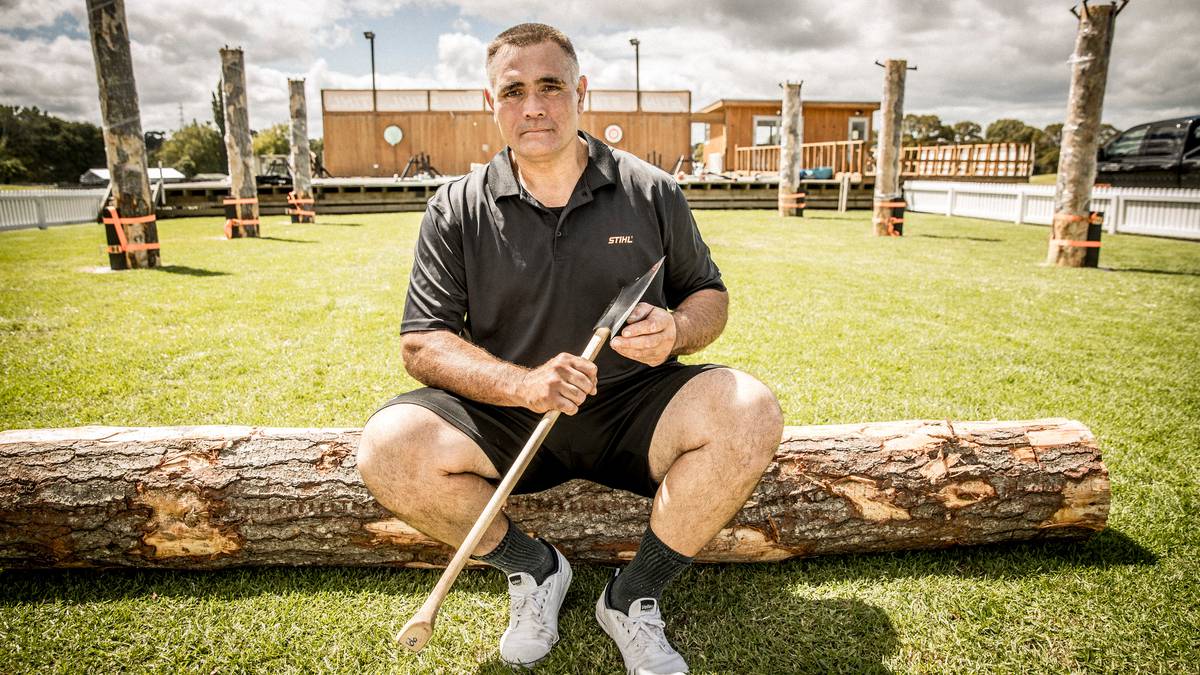 Northland axeman Jason Wynyard has missed out on his 10th world title, but the Kiwi team finished third in Sweden.

Legendary New Zealand axe man Jason Wynyard finished fifth in his comeback bid for a record 10th world title in the Stihl Timbersports World Championship in Sweden on Sunday. Wynyard was still in with a chance of claiming his coveted 10th title leading into the last of the six disciplines – his favoured Hot Saw event. However, a slower-than-usual time meant he finished outside the medal placings. The Northlander said he was gutted after coming so far and getting so close but was still incredibly proud of returning to top-level competition after a three-year hiatus. The world champion title went to Australian, Brad De Losa. The New Zealand team finished third overall behind Australia and USA.

A man was hospitalised after being thrown from a car during a crash in the Far North on Sunday morning. The vehicle came off the road at a bend on State Highway 10/Ness Rd at Totara according to police, who received the report at around 10am. A man and woman were inside when it rolled down a bank several times throwing the male driver from the vehicle. He was transported to Auckland Hospital by helicopter with serious injuries, while the other occupant was sent to Bay of Islands hospital by ambulance according to St John.

The Far North’s teen bands will fight it out next Friday in Kerikeri in the fifth annual Battle of the Teen Bands competition. This exciting competition, taking place in the main auditorium at the Turner Centre, is open to young, Far North bands with musicians aged between 11 and 18. It’s on next Friday from 6.30pm to 9pm. The event is brought by Be Free Youth, a charitable organisation relying on funding and donations for a successful Mentoring through Music Programme, provided free for the youth. For more information, visit its website www.befreeplaymusic.wordpress.com.

Consultation is now open on a proposal for new speed limits in Kaipara’s Poutō Peninsula and West Coast catchment areas and people have until December 5 to give feedback. The Poutō Peninsula and West Coast catchment areas cover the southern point of the Poutō Peninsula to the northern end of the Kaipara District, along its west coast and include the settlements of Aranga, Aratapu, Baylys Beach, Glinks Gully, Kai Iwi Lakes, Kelly’s Bay, Omamari, and Te Kopuru. The proposed speed changes are part of Kaipara District Council and Northland Transportation Alliance’s (NTA) speed review, triggered by the Government’s Road to Zero National Strategy. There are three public drop-in sessions at Te Kopuru on November 10, 5-7pm, at Southern Rugby Club Baylys Beach; November 22, 5-7pm, at Baylys Beach Community Centre; November 24, 5-7pm, at Kaihu Rugby Club. To see the proposed speed changes in the Statement of Proposal document, read the detailed Technical Report and give your feedback under Have your say at kaipara.govt.nz

Articles about the homicide investigation regarding a man found dead in an Onerahi property incorrectly stated the Edge St address was a Kāinga Ora home. We apologise for the incorrect information and any stress it may have caused.