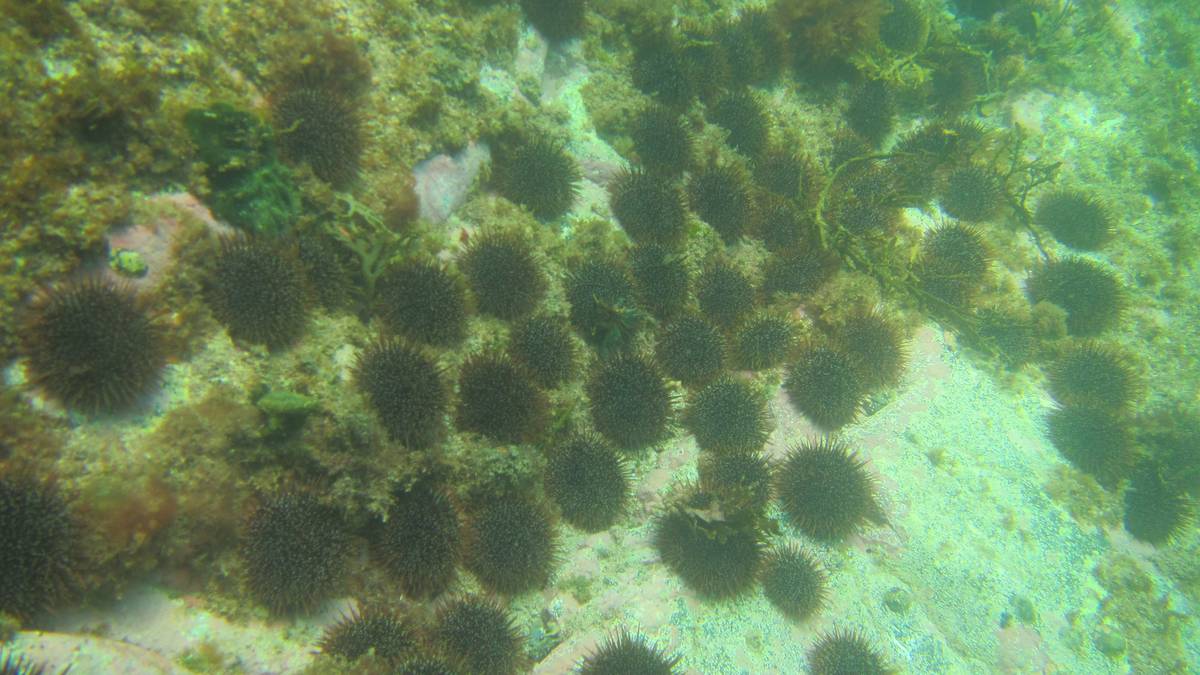 The R. Tucker Thompson and TriOceans are surveying kina barrens across the Bay of Island. Photo / Supplied

Northlanders missed out on winning the big bucks in Wednesday night’s Lotto draw. The winning tickets were sold to players from Auckland and Wānaka, who each won $500,000 with Lotto First Division. Powerball was not struck and has rolled over to Saturday night, when the jackpot will be $8 million. Strike was struck by an Auckland player who will be $200,000 richer. Because of the T20 cricket coverage on TVNZ1, Saturday’s live Lotto draw will be aired on TVNZ2 at 8pm.

The R Tucker Thompson team have partnered with TriOceans to collect data on kina barrens. A kina barren – or urchin barren – is an area of bare rocky reef where kina have eaten all of the normally occurring kelp and seaweed cover, resulting in an overpopulation of kina. During the Thompson’s Youth Voyages trainees will help drop a 1m quadrant, take a photo, then count how many kina are in the square. Along with recording the GPS location, the data then gets stored and analysed by TriOceans. The final result will be a map showing how the kina population fluctuates across different regions in the Bay of Islands. The findings will be used to provide evidence of the extent of the problem.

Whangārei voters are encouraged to have their say in the local elections. Forum North will be open until 6.30pm today for voters to drop off papers or make a special vote. All Whangārei voting locations – Forum North, NGEN Room and Ruakākā Service Centre – will also be open until noon tomorrow when voting closes. The deadline for postal votes has now passed.

Police were called to an address on Wihongi St in Kaikohe around 8.15pm

on Wednesday after receiving reports of alleged gunshots being heard. Upon police arrival, no firearm was found but BB gun pellets were located nearby. There were no reports of injuries and police enquiries are ongoing.

A child taken to hospital on Wednesday afternoon after an incident at a Whangārei pool is recovering. Craig Carter, chief executive of Community Leisure Management, which runs the Whangārei Aquatic Centre, said the boy was “doing well” and was soon to be discharged. “We have been in touch with the whānau throughout and will continue supporting them,” he added. A police spokesperson said on Wednesday the child was taken to hospital in a serious condition after “getting into difficulty in the water” around 4.45pm. Police were called to assist ambulance staff.

Racing gets underway in earnest this morning

in the 2022 Long Distance Waka Ama National Champs at Waitangi. The first competitors out of the blocks at 8am today will race in the W1 (single crewed) events over 8km to 16km distances; this afternoon junior and senior short-course teams will take to the Bay of Islands along with two teams of adaptive (para) waka ama paddlers. Tomorrow the W6 (six paddler) teams will compete over a gruelling 24km course. More than 1000 competitors representing 62 clubs will take part in the championships, which are organised by Waka Ama New Zealand in association with Te Tai Tokerau Polynesian Canoe Association and Waitangi’s Tai Kotuku Waka Ama Club.

In a story we ran last Saturday we mistakenly stated in a heading that Vince Cocurullo set up the website for Democracy Northland. Cocurullo only registered the domain for them. We regret this error.