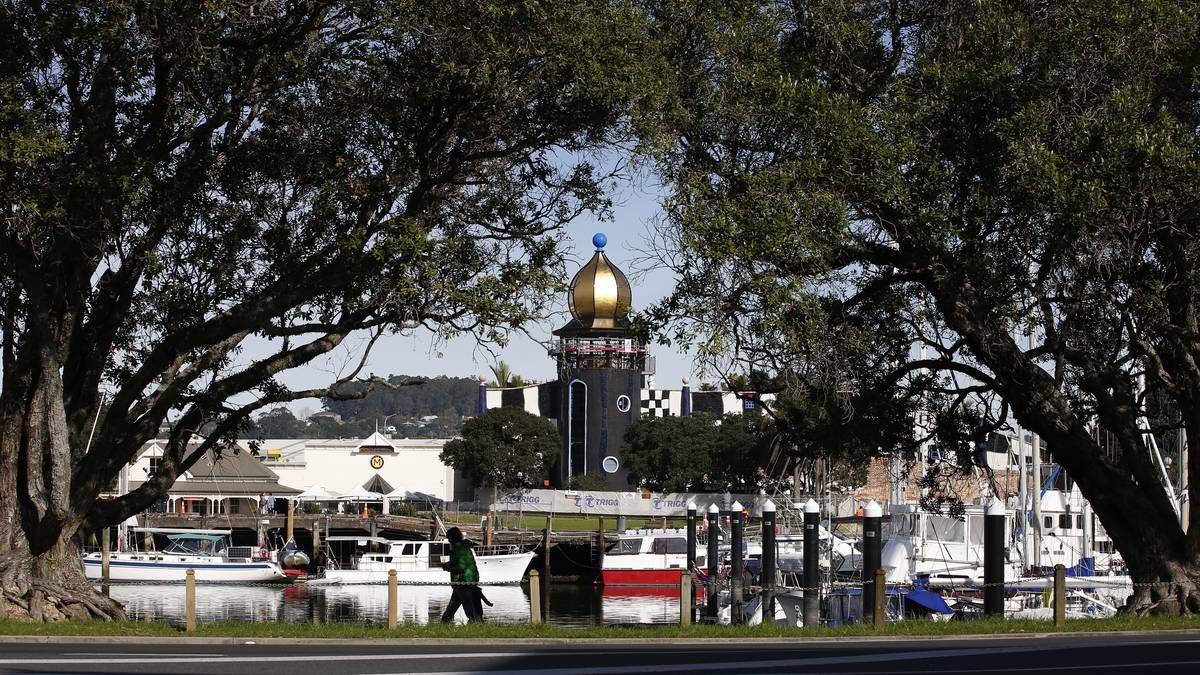 Whangārei’s Hundertwasser Art Centre, plus nearby developments such as the Hatea Loop walkway and Hihiaua Cultural Centre, have transformed the city into a “stand-alone destination in its own right”. Photo / Michael Cunningham

Whangārei is officially no longer a mere toilet stop on the way to the Bay of Islands — that’s if the latest guide from the world’s biggest travel publisher is anything to go by.

In Lonely Planet’s Experience New Zealand, released this week, the Northland chapter focuses not on traditional hotspots such as Paihia and Russell but on previously overlooked drawcards such as Whangārei and Hokianga.

The book is unequivocal about what has finally turned Whangārei into a tourist destination, putting much of it down to a controversial Austrian it describes as “one of the 20th century’s greatest European avant-garde artists”.

Friedensreich Hundertwasser, who lived near Kawakawa from the 1970s until his death in 2000, designed the Hundertwasser Art Centre which finally opened at the Town Basin in February this year.

“The Town Basin and Hātea River area boasts architectural attractions that move Whangārei from a ‘drive-by’ pit stop en route to the Bay of Islands to a stand-alone destination in its own right,” the book’s Northland chapter proclaims.

The author tracks the convoluted history of the Hundertwasser Art Centre — from initial rejection through to bitter public debate, a referendum and eventual construction — and credits the “long-overdue project” with breathing fresh life into the city’s contemporary arts scene.

Other sections in the Northland chapter are dedicated to the North’s “picture-perfect” beaches, the region’s strong Māori culture, surf spots, and a road trip on SH12 through South Hokianga.

The book goes so far as saying the panorama of Hokianga Harbour from Pakia Hill, near Ōmāpere, is perhaps the most impressive view in all of New Zealand.

The Bay of Islands isn’t entirely forgotten, however. Anyone who wants to understand New Zealand history is urged to spend at least half a day at the Waitangi Treaty Grounds and there’s a plug for the “rugged, challenging” Cape Brett Track.

The Northland chapter was written by Bream Bay-raised Elen Turner, who said Experience New Zealand was different from Lonely Planet’s traditional guidebooks in that it was intended to be an aid for trip planning rather than an on-the-ground reference book.

“My brief was to introduce readers to local experiences, spots and activities that may not already be on travellers’ radars. Places that I, as a local, get excited about, and that the other local experts quoted throughout the book had insights into,” she said.

“The Bay of Islands is lovely but it doesn’t lack tourists and it features heavily in pretty much every other travel publication on the market. Experience New Zealand was an opportunity to put the focus elsewhere and introduce potential visitors to places they might not be aware of. That’s not to say don’t go to the Bay of Islands, just that there’s more to Northland than this one area.”

Whenever she visited Northland, Turner headed straight to Bream Bay and its “fabulous” beaches because that was where her family lived.

“I also like to explore anywhere further afield … The Hokianga is always a real highlight, and I absolutely love the new Hundertwasser Museum in Whangārei. The whole Town Basin area is looking great,” she said.

Whangārei’s new standing as a tourist destination is a vindication for the volunteers who campaigned for years, if not decades, to build the Hundertwasser Art Centre with Wairau Māori Art Gallery.

Pam Tothill, one of the founding trustees of the Prosper Northland Trust which drove the project, said it took a passionate, determined group of people to accept Hundertwasser’s gift.

”Because it was a gift. He gifted us the design and also the largest collection of his art outside Vienna. We saw this was going to be an absolute catalyst to not only attract people to Whangārei from all around New Zealand and overseas, but also to create vitality and employment in our city. And we’ve done that. And it’s all happening because of the Hundertwasser Art Centre,” she said.

“In the words of another former trustee, the late Greg Guy, a very ordinary group of people created the most extraordinary vision for our city.”

Tothill, who is now an ambassador for the centre, said it was the most challenging project anyone in the group had ever attempted but also the most rewarding.

It remained the biggest volunteer fundraising project in New Zealand history, she said.

Since opening in February the centre has welcomed 62,196 visitors — despite exceptionally low numbers of international visitors arriving in the country due to the borders being closed for much of that time.