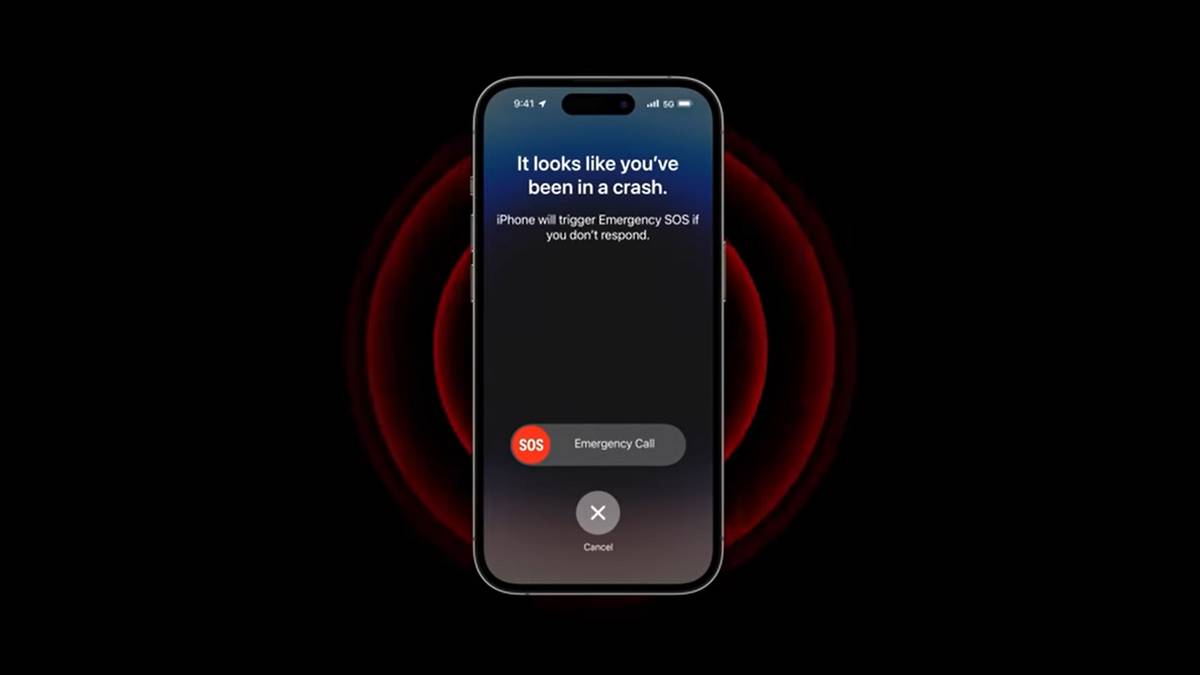 Emergency services could face a flurry of false alarms this summer as an automatic crash detection system is rolled out on Apple’s newest cellphones.

The cutting-edge technology is installed on the iPhone 14 as well as some of the latest Apple Watches.

When the device detects what seems to be a severe crash, it first sounds an alarm and displays an on-screen alert. It also reads out a message, in case the user can’t see the screen, and starts a 20-second countdown.

If the alarm isn’t turned off within 20 seconds, the device automatically calls emergency services with a recorded message and a GPS location.

If the user has set up emergency contacts, the device also sends them a message saying the owner of the device has been in a serious crash.

The new technology has the potential to save lives by alerting emergency services almost immediately, especially in cases where the user is unconscious or in an area where the crashed vehicle is unlikely to be seen.

It works by using sensors such as an accelerometer to detect sudden decreases in speed, and a gyroscope, which senses sudden changes of position.

Apple says the feature also relies on advanced motion algorithms “trained with over a million hours of real-world driving and crash record data” for increased accuracy.

However, the technology is reportedly not always able to distinguish between car crashes and tumbles in adventure sports such as skiing or mountain biking, most of which are not life-threatening.

As a result, it could trigger false alarms and increase strain on already stretched emergency services.

In the US, where the rollout of the new feature coincided with the ski season, some mountain areas reported up to five false alarms a day.

Apple has since refined the technology, and the number of phones with crash detection in New Zealand is likely to remain low compared to the US, but iPhone false alarms could still become an issue here.

One such incident occurred about 11.40am last Friday when emergency services were dispatched to Ahipara after an automated iPhone report of a car crash at Te Kohanga/Shipwreck Bay.

The vehicle had crashed on the beach, according to co-ordinates provided by the device.

“We got an exact GPS location right in the middle of the beach. We went straight there and found about 20 people with vehicles. None of them knew anything about a crash. We went all around the beach and found nothing.”

Ross said a dispatcher later managed to contact the owner of the phone but was told everything was fine.

Fire and Emergency New Zealand (Fenz) said it had been alerted to six incidents via Apple’s automatic crash detection function since November 2022.

A Fenz spokesperson said five were non-life-threatening false alarms, in which the Apple device had operated as expected, while one was the result of a motor vehicle crash.

An agreed process was in place between emergency services for responding to automated crash alerts, with police taking the initial notification and deciding whether the call required further response by other agencies.

Police said the iPhone alerts were not currently creating any demand issues.

“New Zealand Police have existing processes in place to manage calls where limited information has been provided, which may include conducting further enquiries,” a spokesperson said.

Meanwhile, in the US, the emergency dispatch centre in Summit County, Colorado, was fielding three to five Apple crash alerts per day in December, all related to skiing or snowboarding incidents.

If the owner of the phone did not respond to a return call, ski patrollers would have to be sent to the location – potentially delaying responses to more serious incidents.

“We do not want you to turn the feature off… We don’t mind taking that call because if something really did happen, we want to be able to get to you.”

According to Canada’s Globe and Mail, some rescue groups have asked Apple to make crash detection an opt-in feature to reduce the number of false alarms.

Dwight Yochim, of British Columbia’s Search and Rescue Association, said: “I don’t think they accounted for the people in British Columbia who love the outdoors and literally crash through the backwoods, whether it’s on mountain bikes or on skis. It clearly doesn’t take a whole lot to trigger it,” he said.

On December 11 an iPhone in the glovebox of a snowmobile bumping over rough backcountry triggered a search that involved a 40-minute helicopter flight and police door-knocking in neighbouring Alberta, at an estimated cost of C$10,000 (NZ$11,700).

Crash Detection is turned on by default on supported iPhone and Apple Watch models, but ‘Location Services for Emergency SOS’ has to be turned on before the phone can share the crash location with emergency contacts.

The phone user can also set up a Medical ID to automatically show emergency responders their medical information.

Some Apple watches have a similar feature that raises the alarm if it detects a fall onto a hard surface followed by 60 seconds of immobility.