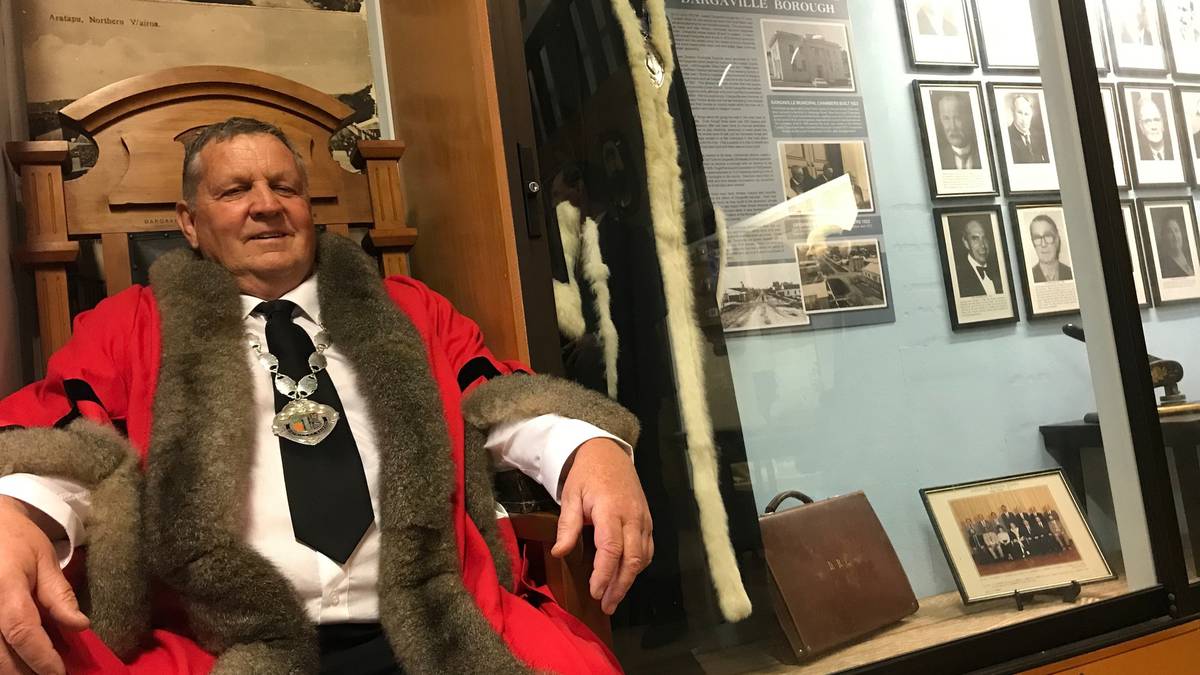 New Kaipara Mayor Craig Jepson has fired a shot across the government’s bow during his maiden speech.

Farmers, growers and businesses were all being affected by the consequences of this ever-increasing government decision making position.

The comments from Kaipara’s newest mayor were made in his hard hitting maiden speech at the Kaipara District Council (KDC)’s official swearing in ceremony on Wednesday.

Jepson, in his speech to about 80 people in the Dargaville Lighthouse Function Centre, repeated his campaign stance that he was strongly against Three Waters.

He said the 2022 local election’s KDC voting had delivered him a strong mandate for council change.

The world was heading into a period of inflation and looming recession, he said.

He said the council needed to look at areas where its programmes could be cut or delayed.

Kaipara residents could not afford the forecast 9.95 per cent council rates increase they were facing, he said.

After being officially sworn in as the new Kaipara mayor, Jepson in turn did the same for his new deputy mayor Jonathan Larsen, 51, and eight other KDC councillors.

Larsen lives at Topuni, about 20 minutes drive from Mangawhai, just north of the Northland/Auckland border and is in KDC’s Kaiwaka-Mangawhai General Ward.

He was among those at the October 8 celebratory gathering at Jepson’s Mangawhai home, as KDC’s provisional local election results were announced after voting closed at noon that day.

Larsen has a Master of Business Administration (MBA) with first-class honours from Massey University. He said on Wednesday, he was very honoured to be KDC’s new deputy mayor.

He is one of now four Mangawhai area-based KDC elected representatives along with Mangawhai Heads’ Rachael Williams and Mike Howard.

A Mangawhai-based KDC mayor and deputy mayor is a first for the council, in a district increasingly marked by an east-west divide.

This sees the Pacific Ocean’s Mangawhai settlement in Kaipara’s east, increasingly dominating the district’s 3000 sq km. As one of New Zealand’s fastest-growing coastal settlements, its challenges include providing infrastructure for rapid growth.

This is in contrast to the district’s Tasman Sea-influenced west headed by Dargaville, where growth is more static.

Jepson said appointing Larsen as his deputy was not about Mangawhai dominating Kaipara and the loss of local government in the west.

It was about appointing the best person with the best brains for the job.

Jepson had said that Kaipara’s population base was too low and more people were required.

He later clarified those comments were made in reference to Kaipara’s west as these challenges did not apply to Mangawhai.

Jepson said more development was needed, with obstacles for that being removed, particularly to capitalise on Kaipara’s unique position as being on Auckland Council’s northern border.

Jepson last year led Kaipara’s campaigning against the introduction of Māori wards, delivering a petition to this effect to KDC in February 2021, along with new KDC councillors Ash Nayyar.

He told Wednesday’s meeting he was against race-based representation.

The other KDC councillors to sign the oath for their new 2022-2025 roles also included Gordon Lambeth, Ron Manderson, Mark Vincent and Eryn Wilson-Collins.

KDC has Northland’s biggest lineup change since the 2019-2022 council term, with 70 per cent of its councillors this time around new.

Larsen is in his ninth year on the KDC.

He served two years of his first 2010-2013 term after resigning in 2012 at the same meeting as Government-appointed Commissioners were announced for KDC after huge cost blowouts for Mangawhai’s Ecocare sewerage scheme and ratepayer revolt.

Larsen said he had resigned because he didn’t want to be part of decision making around the huge scheme cost blowout and what he said was his inability to get council decision making into the open arena, rather than being discussed in ‘public excluded’ meetings.

He has a Bachelor of Science. His career mahi has included work on bovine embryo technology. He has also worked for Fire and Emergency New Zealand (FENZ).