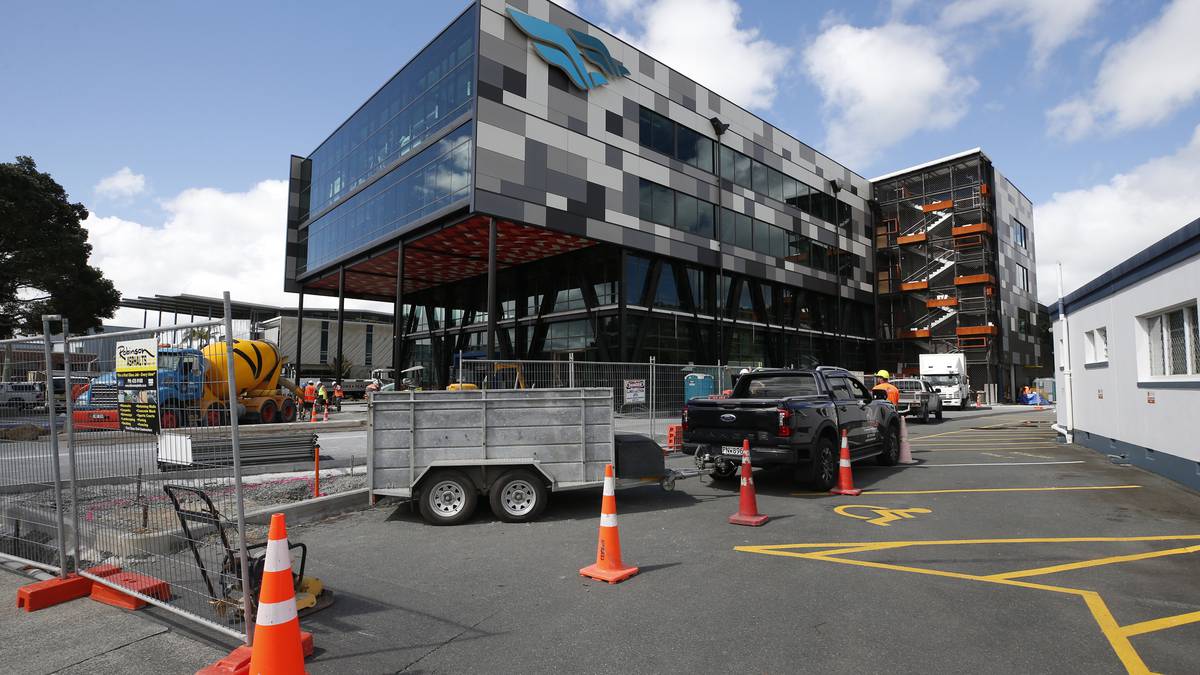 Whangarei District Council’s almost $60 million civic centre is to be completed next month.

“[…] although some non-disruptive fit-out work is likely to extend slightly past that date,” he said.

“Despite numerous weather challenges over the last five months, we’re moving forward, with landscaping now progressing in the front of the building.”

The centre’s opening was originally planned for before October last year, but the building project had faced Covid-19 headwinds from its start, Adcock said.

Dates for milestone events, such as the official ribbon-cutting and the first meetings in the new council chambers, were yet to be confirmed but would likely take place in March.

WDC said in June 2018 the civic centre would cost $37m. Twelve months later, the centre was announced as costing $38m.

By February 2020, that had climbed by $10m to $48m, and the originally 5500sq m building increased in size to 7000 sq m, enlarged in order to accommodate more people, including Waka Kotahi NZ Transport Agency.

However, taxpayer-funded Waka Kotahi has now indicated its staff will instead continue to work from its Bank St site until its current lease there expires, Adcock said.

Then, by April 2021, the revised cost in the wake of new quantity surveyors coming on board was $55.1m, which dropped to $54.1m after contingency allowances were reduced.

In June 2022, WDC voted to add another $5m to the building’s cost. This nine per cent increase took the cost of the 470-person building to $59m. It was the sixth cost hike in five years.

Adcock said at the time of the last June 2022 civic centre price increase that a lift in costs was not unique.

“This [$59 million] is obviously well above the previous approved budget of $48m, but it should be noted that the construction process coincided with unprecedented events arising from the Covid pandemic,” he said.

The civic centre will include a ground floor café.