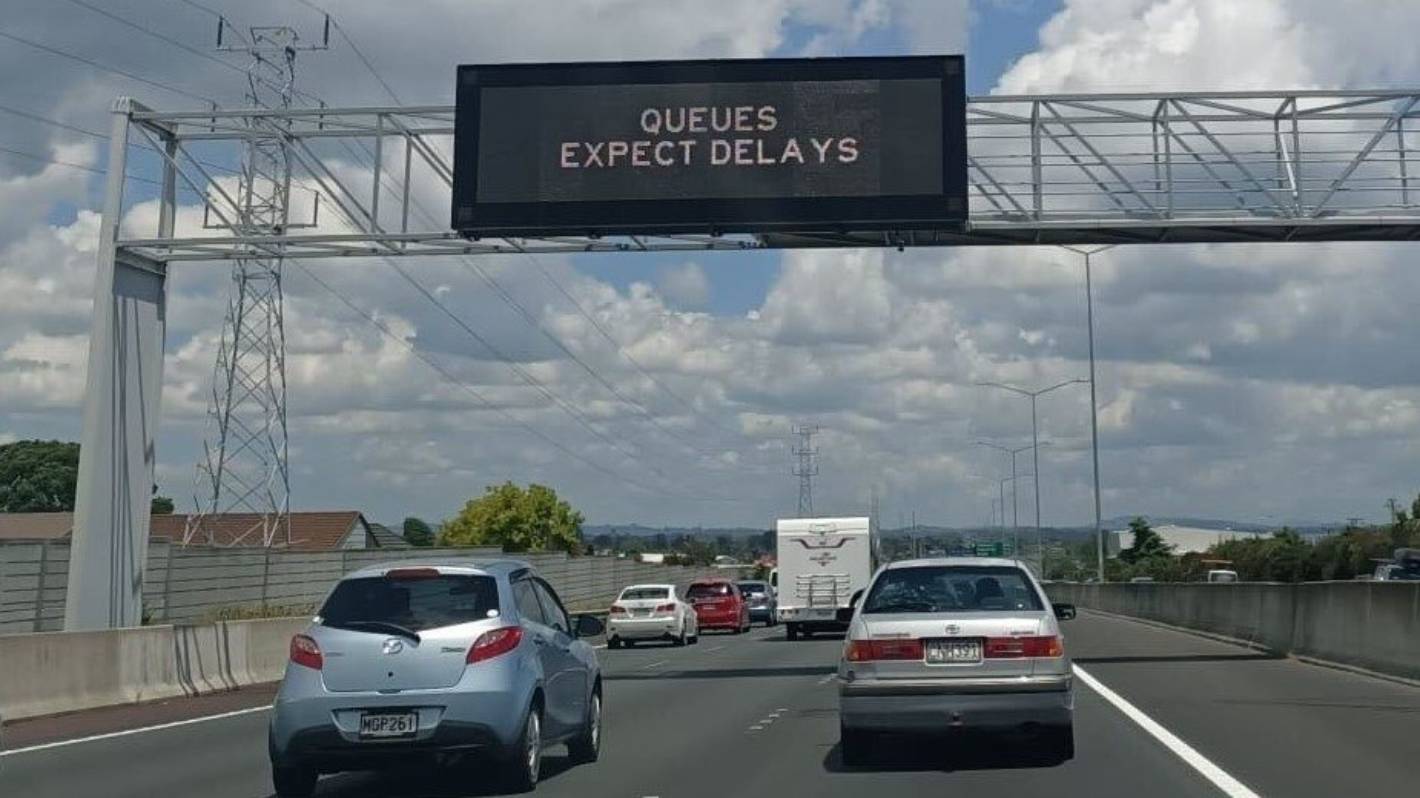 Holiday congestion is causing gridlock and hour-long delays on major roads out of Auckland on Tuesday.

This is despite December 27, a public holiday for Christmas, not predicted to be a heavy travel day this year.

Those travelling north from Auckland on State Highway 1 can expect delays of 50 to 60 minutes around the Johnstones​ Hill Tunnels near Puhoi, according to Waka Kotahi’s update at 1.57pm.

Earlier on Tuesday, the delays were up to 75 minutes in this area, with road users advised to plan accordingly and allow extra time.

READ MORE:
* How to avoid the worst of the holiday traffic this summer
* Hundreds of millions in contractors’ claims delay Auckland’s ‘holiday highway’
* Barrier repairs on Waikato Expressway likely to cause delays near Te Kauwhata

This section of road is notoriously jammed on holiday weekends like Easter, but a motorway extension to Warkworth continues to be delayed.

Aucklanders heading south on their journey should also expect delays.

SH1 southbound from Manukau to Drury is also congested, with delays of 15 to 25 minutes, Waka Kotahi said at 1pm on Tuesday.

Kiwis travelling over the Christmas holiday time are encouraged to plan ahead with Waka Kotahi’s summer holiday traffic prediction tool, then check for hazards on the day with its journey planner.