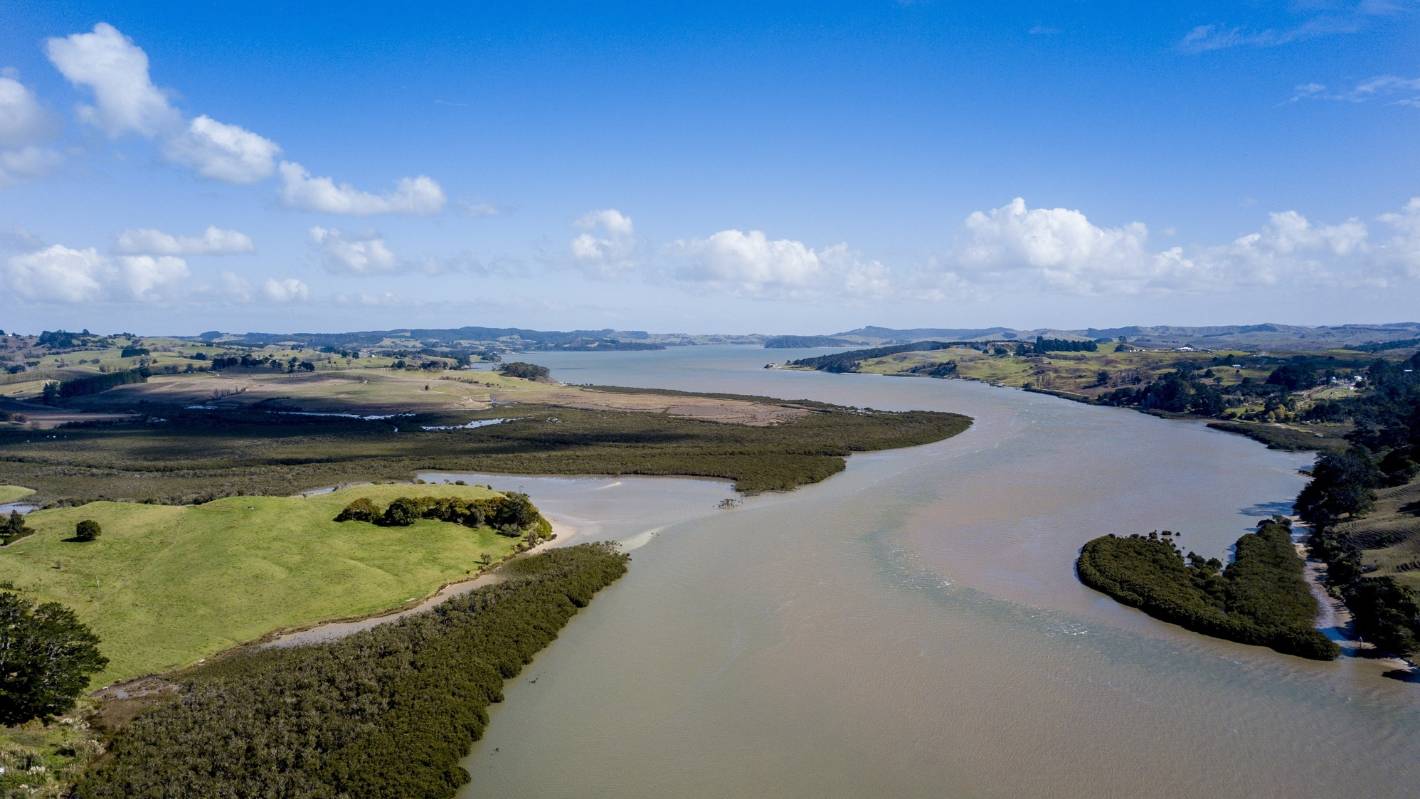 It’s not an exaggeration for the largest natural harbour in the southern hemisphere, which straddles Northland and Auckland’s west coast.

It has more than 900km2 of surface area and more than 8000km of waterways, is a globally significant home to rare migratory birds and a key spawning ground for snapper on the North Island’s west coast.

But the Kaipara’s health is under threat after more than 100 years of deforestation and land use intensification.

Less than 10% of original native forest cover and 5% of wetlands remain, leading to a seven-fold increase in soil erosion and sediment washing into harbour tributaries.

So it was not a great surprise Kaipara Harbour was chosen as the first place to benefit from Government funding to clean up waterways.

In October 2020, the Government, local hapū and councils established Kaipara Moana Remediation, a 10-year project to protect and restore the harbour, starting with $100m of Crown funding.

Daw is now the head of the programme and already counting achievements two years in.

“Lots of people don’t realise how much can be achieved by small actions by lots of people.”

The project aims to stop sediment running into the harbour by fencing out stock from coastal margins and planting waterways and erosion-prone hill country.

Its large scale matches the size of the harbour, including plans to plant 20 million trees – putting it among some of the largest planting projects in the world.

“It’s of global interest … It’s the largest harbour restoration programme in the world, that I know of,” Daw, the former New Zealand deputy chairperson of World Wildlife Fund, said.

The Crown funding is matched equally, including $10m from each council, plus landowner contribution and corporate sponsorship.

More than 350 landowners have agreed to sediment reduction plans on their land, meaning more than a fifth of landowners in the catchment are on board.

But there were plenty of challenges ahead, especially around being able to increase to the size required, Daw said.

In 2021-22, the remediation programme planted just over half of the 650,000 trees in its target and the planting numbers will have to rapidly increase to reach the 20 million target.

Daw said those behind the programme were learning and trying to be adaptive.

Many farmers needed to first stock-fence their coastal land before planting could be done and the target to fence 168km was exceeded by 70km.

Nineteen local nurseries had been accredited as suppliers and plants had to soon be pre-ordered to assure the businesses of the need, she said.

With the harbour covering many rural and often remote settlements, finding enough people to do the work was another part of the challenge, Daw said.

“I think it’s the unknown paradise of New Zealand. If you’re living in these areas, employment is rare.”

The programme has trained 51 career-changers, kaitiaki from local marae and young people to be field officers, creating 60,000 hours of new paid work, she said.

“The bringing back of nature is not just for nature, it’s for the people.”

For Mangakaramea residents Paul and Lisa Thomson, the benefits of being involved with Kaipara Moana Remediation have been numerous.

The Thomsons have a 117ha beef farm southwest of Whangārei and, with a family history of living in the area, they wanted to do the right thing by the environment.

But Paul Thomson said the fencing would also be required under new freshwater rules for farmers, while the planting could be used to offset the farm’s carbon costs.

“I thought it was a good opportunity to get some funding while it’s there, to meet our future compliance requirements,” he said.

In 2022, the Thomsons retired about 1ha of erosion-prone pasture, fencing 240m of waterways and planting 2200 natives.

The projects cost about $11,000 and $25,000 respectively, with the family using their time and skill as their contribution, Lisa Thomson said.

“We have three kids aged 8, 6 and 4. For the big bulk of the planting, we got my sister and nephews to come and help.”

Paul Thomson said the sediment reduction plan was flexible around the needs of the working farm, such as allowing river set-back rules to work around a race.

The native plants provided was so appreciated, Lisa Thomson decided to plant her children’s placenta under some of the statement trees, reassured the land would remain covered in plants.

The fencing did mean some extra clean-up work after heavy rain, when flooding washed debris like alligator weed against the fence wires.

But Paul Thomson said it was all about the bigger picture.

“We were losing that paddock. The water was coming down so ferociously, it was slipping into the river and all that was ending up in the Kaipara.

“If you multiply that by many farmers, that’s what’s happening.”

Daw agreed the answer to the problem of sedimentation was really quite simple.

“The more we have a korowai of green, it protects the land and the moana from these big, crashing storms that take lots of sediment into the moana.”