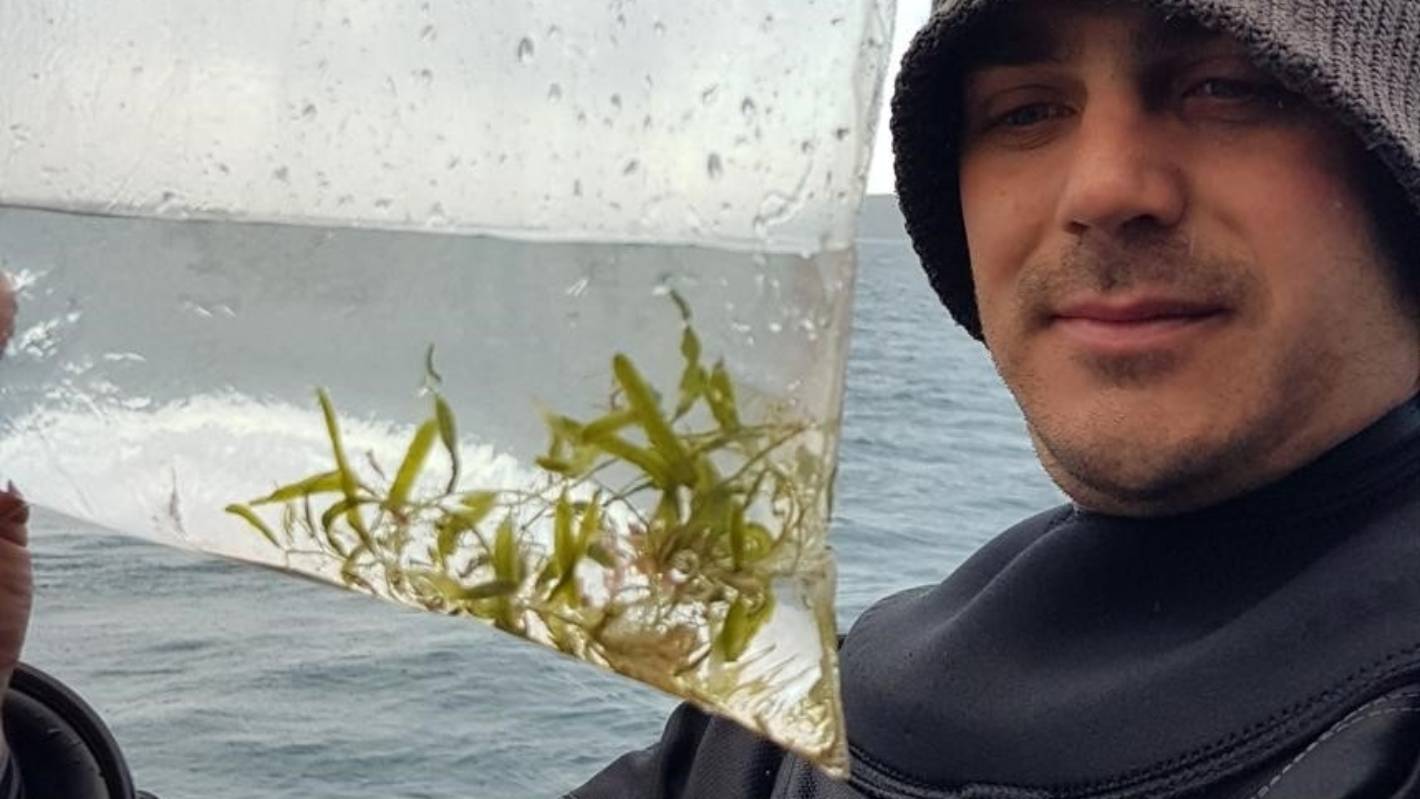 Samples of the invasive Caulerpa seaweed were taken from around Aotea Great Barrier Island.

An invasive seaweed found growing off the North Island has been deemed too widespread to tackle with any known treatments, experts say.

According to experts, these Caulerpa species outcompete native seaweeds, smother shellfish beds and reduce the diversity of sealife.

Biosecurity New Zealand’s director of Readiness and Response John Walsh said they were immediately concerned when they discovered the Caulerpa.

“When they get outside their native habitat, they have the potential to be quite invasive and have quite an impact on the native ecosystem.”

The Caulerpa has grown to a sufficient volume in Blind Bay, Aotea Great Barrier Island, that there isn’t currently a method to eradicate them, Walsh said.

The Caulerpa can’t grow too deep, below roughly 40m, so the theory is that it will be harder for them to spread throughout the Hauraki Gulf by ocean currents alone.

The plan is to keep them as contained as possible and see if a way to remove them becomes available or whether they will actually have a negative impact on the environment, he said.

A Controlled Area Notice has been put in place in the places affected to stop people taking fish or shellfish from these areas. It also requires anchors to be cleaned before departing.

The invasive Undaria seaweed has been given a knock out blow by divers in Fiordland who completed a project to rid the area’s water of its suffocating growth.

Walsh said the main way the seaweed would spread is by people – on fishing gear or anchors.

Niwa were contracted in to support the management of the two new Caulerpa species in June 2021.

Marine ecologist Irene Middleton said one of the major challenges was by the time it was detected, it was more widespread than expected and the current control tools are best suited for small areas.

“It spreads by fragments and any disturbance. Waves or storm events will dislodge fragments that can regrow in new locations.”

Another challenge was starting the response during alert level 4 restrictions in 2021, which meant the team had to obtain exemptions.