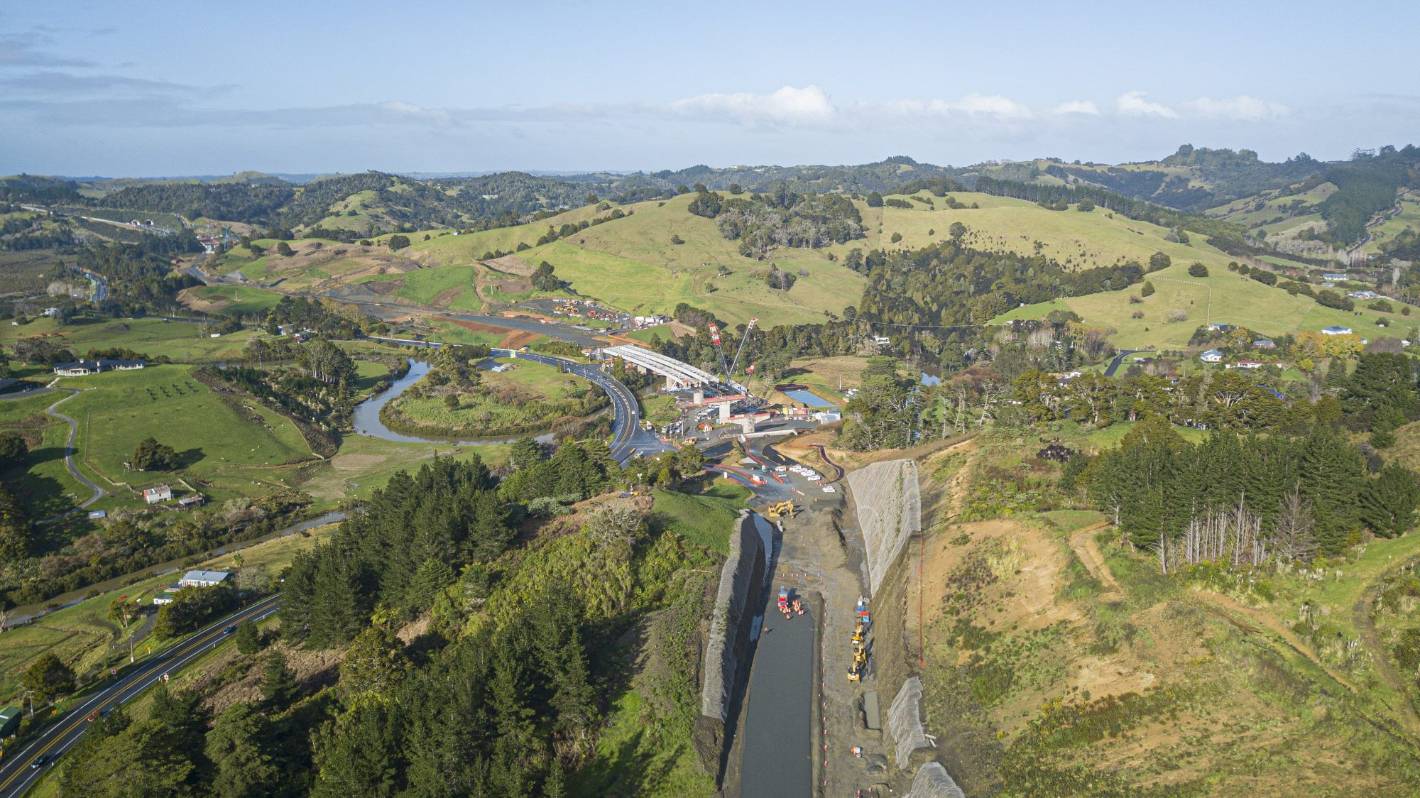 The opening of the Puhoi to Warkworth motorway north of Auckland continues to be delayed while hundreds of millions in financial claims from contractors are resolved.

Waka Kotahi has been extremely tight-lipped about how negotiations have been progressing, but a statement of the Government’s accounts released in October showed it was facing a $280 million claim on the project.

The statement said the claim was being looked into, but Waka Kotahi had not been presented with any evidence to indicate a claim of that size would be “supported by an independent reviewer”.

Meanwhile, the road tripping, bach-going public has remained in the dark, with no firm opening date released since the motorway’s original deadline of May 2022 lapsed.

The claims relate to delays caused by the five weeks that Auckland was in level 4 lockdown in 2021, which were outside the contractors’ control.

According to communications between Waka Kotahi and Transport Minister Michael Wood, obtained by Stuff under the Official Information Act, Waka Kotahi received the claim in May.

The motorway project is being built by NX2, a “special purpose vehicle” led by a joint venture between Fletcher Construction and Spanish firm Acciona. It is also partly funded by ACC.

Waka Kotahi told Wood in addition to trying to figure out how much compensation NX2 would be entitled to, it was also considering paying to speed things up.

“This information will be used to determine any entitled extension and whether there is an opportunity for the programme to be accelerated.

“Waka Kotahi has instructed that acceleration would entitle the contractor to compensation.”

However, Waka Kotahi also noted that Fletcher Acciona had a contractual deadline and may have to pay “liquidated damages” for not meeting it.

Until these negotiations are resolved, a potential opening date is being withheld, although Waka Kotahi and NX2 agree it will be some time in 2023.

The project has already significantly overrun in both cost and time.

According to the Government’s statement of accounts, it had spent $1.05 billion on the motorway by the end of June 30, 2022.

The original budget was $780 million and the Waka Kotahi website still says $877.5 million.

Do you have information about when the motorway is expected to open? Contact jonathan.killick@stuff.co.nz

Meanwhile, further north, the cost of the Dome Valley safety upgrade between Warkworth and Wellsford has risen to $93.5 million.

These figures do not include compensation given to motorists by Fulton Hogan after melted chip seal damaged cars in December.

A spokesperson from Fulton Hogan said it had received 76 claims from motorists but refused to say what it would pay out or if it had budgeted for such contingencies.

Roadworks have shut down over Christmas, but a spokesperson for Waka Kotahi said workers would return to the Dome “early next year” to complete road markings.

Workers will return to projects in Northland on January 5 and Puhoi to Warkworth works will resume on January 4.