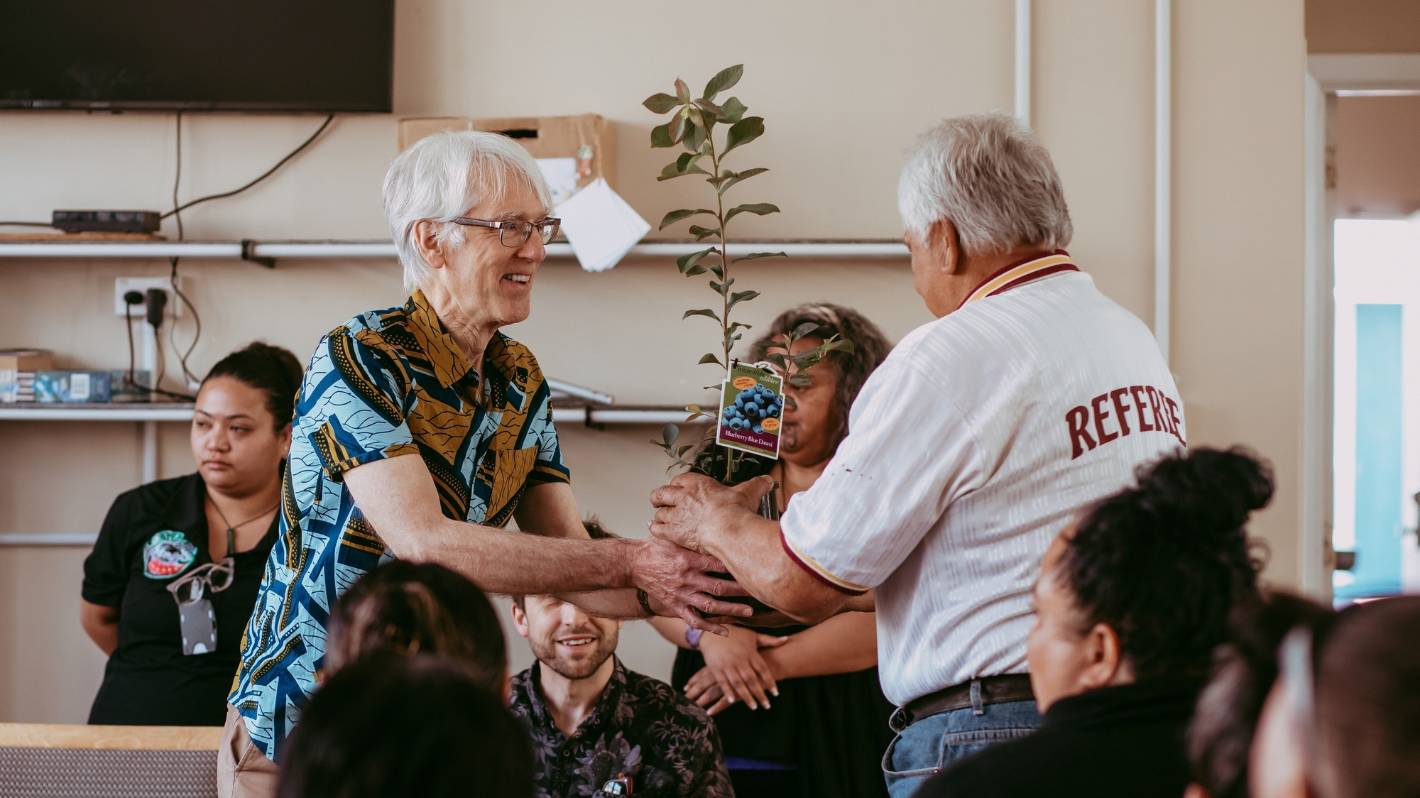 A Far North trust which offers support, rather than just housing, is a shining example of how emergency housing should be offered, according to chief Human Rights Commissioner Paul Hunt.

Hunt visited He Korowai Trust in Kaitāia on Monday, as part of his office’s inquiry into the government’s emergency housing system.

The report will be delivered next week and comes after the United Nations called housing in New Zealand a “significant human rights crisis”.

Hunt said the report will look at emergency grant accommodation and transitional housing, which were serious human rights issues.

But he wanted to include some positive examples of what is being done in New Zealand.

He praised He Korowai for using an ao Māori lens, which focused on relationships, rather than just housing.

Hunt visited He Korowai’s 48-room emergency housing and client services – like social work and budgeting – isolation units for those with Covid-19 who cannot isolate in their own home and its rent-to-own service.

He also noted its rules for residents, which include no alcohol, no drugs and no violence.

Hunt also spoke with residents who shared some of their “anguishing” personal accounts – including an older couple who had to sleep in their car for four months due to a family crisis.

“Another young couple with their baby who I met, the mum just wept with frustration and hurt, but also relief they now had a home.”

Hunt said He Korowai demonstrated a good understanding of human rights, which are not just about entitlement but also about relationships and responsibility.

He Korowai chief executive Toddy Shepherd said Hunt’s visit was very welcome as many other organisations – including leaders at Kāinga Ora – had not visited the trust’s Kaitāia operations.

The trust’s strength comes from its founding values, including respecting others, she said.

It also focuses on relationships, including the often broken relationship between tenants and their family, she said.

“These are things were are not funded for,” she said.

Shepherd gave the example of its emergency housing residents, who each pay $40 a week for three meals a day.

Having all the residents sit down together for a meal helps them share their stories and care for each other, she said.

The trust’s rent-to-own programme helps whānau access their own whenua, such as helping them get a licence to occupy for Māori land, Shepherd said.

Residents pay around $320 a week to live in a renovated Kāinga Ora house on He Korowai’s Kaitāia block, gaining ownership of the house and a $50,000 grant for infrastructure after 16 years.

Shepherd hoped Hunt’s report would advocate for better support for organisations like He Korowai.

“We need support from Kāinga Ora, the Ministry of Housing and Urban Development and Ministry of Social Development to sit at the table with us, understand what these families are going through and apply some meaningful resource to the solution.”