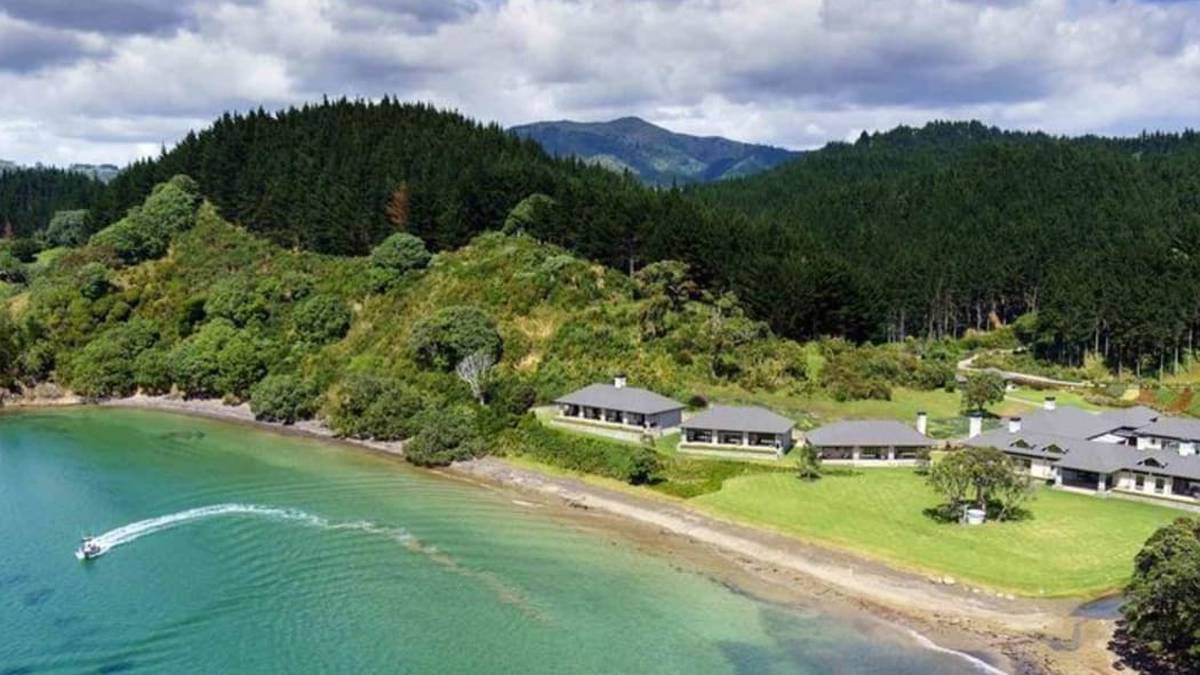 The Government defends speed limit spending, the move that could mark the end of North Island skiing, and a date for the coronation of our new King in the latest NZ Herald headlines. Video / NZ Herald

By Sam Olley of RNZ

Neighbours of Alexander Abramov’s luxury lodge are concerned sanctions imposed on the Russian oligarch will be the demise of his business.

The steel magnate, his family, his aircraft and vessels have been banned from travelling to Aotearoa.

The retreat has four private beaches and a luxury yacht.

Neighbours told RNZ they opposed the invasion of Ukraine, but they worried for the future of the retreat and dozens of jobs linked to it.

Retiree Barry Mills was one of them. “Not only does he create jobs, but they are still maintaining the place over there, it’s a beautiful place.”

He was concerned the retreat business would be deserted by the oligarch and go to “rack and ruin”.

“I don’t want to see that place go like that.”

Mills had lived in Helena Bay for 25 years and met the billionaire at a lodge open day.

“He seemed as if he didn’t trust anybody. Standoffish. That’s the opinion I got. And I’m a pretty good judge of character.”

A few houses down, Peter Batt agreed with the sanctions but was sad about possible repercussions for the lodge.

He said it had been quiet during the pandemic, and Abramov’s absence would not help.

“I can see it shutting down. But I can’t see anyone potentially being able to buy it.”

Nearby resident Alex McPherson said: “I don’t agree with the war in the Ukraine, I don’t think that’s very ethical at all, but this oligarch, he’s done a lot of good for the locals. He’s employed a lot of people.”

The resort was just over the hill from her home.

She said it was “elitist” but it did not bother her.

“Not many people have access there … it’s really the rich and famous that go there. So I don’t know if it would be that much of a loss if the land turned back to public land, turned back to a trust or something like that … or conservation land would be good. But … he does no harm to me or my whānau, so we don’t mind him.”

Te Uri o Hikihiki kaumātua rangatira Hepi Haika (Ngāti Wai) chairs the nearby Mōkau marae, where Abramov has donated money, and was at the lodge’s opening.

Haika said: “He’s [Abramov’s] done quite a lot for the people around our area, because a lot of people from out Whangaruru actually worked there on the building of it.”

But the Government says the billionaire has links to Russia’s political and economic elites.

Haika did not support the invasion by Abramov’s peers. “No heck no, hell no, no way at all,” he said.

Greenpeace helped organise a group of boats to sail from Auckland to the waters outside the lodge earlier this year, calling for the Government to freeze the oligarch’s assets.

Some Helena Bay residents also put up Ukrainian flags outside their homes.

Greenpeace spokeswoman Amanda Larsson welcomed the travel bans announced yesterday, but said they were not enough.

“Abramov has been described as a high-flying lobbyist in Russian media. He’s part of Vladimir Putin’s inner circle. So, it’s important for the New Zealand Government to put direct pressure on him … [so] that he uses his influence to urge the Russian President to end the war. But the sanctions are quite minor.”

This latest series of sanctions affected 51 oligarchs and 24 Russian-backed office holders in annexed areas of Ukraine.

It also extended a 35 per cent tariff on Russian imports, which had been due to expire in November, until 2025, and bans on trade of luxury goods like New Zealand wine and seafood, Russian vodka and caviar, and products like oil, gas and related production equipment.