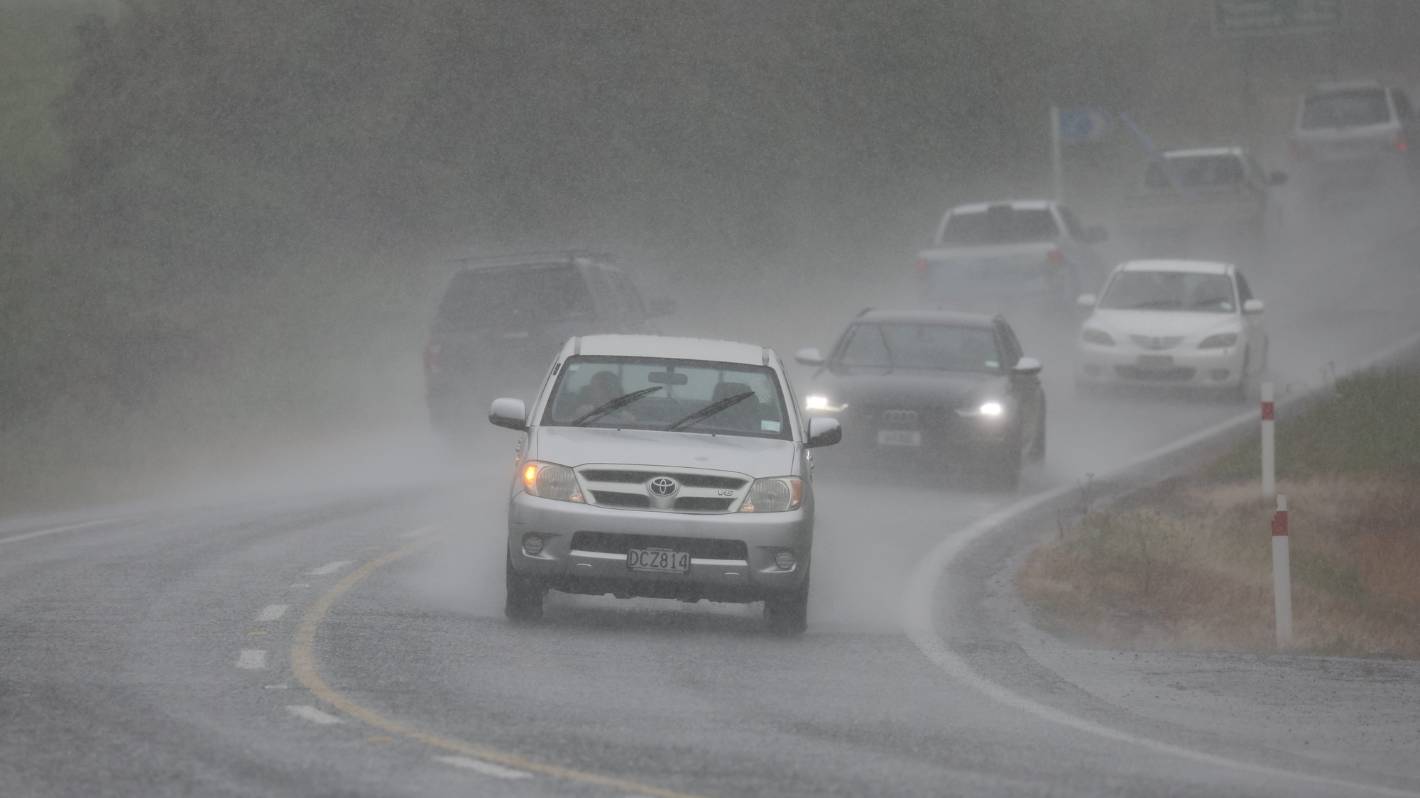 MetService is warning of heavy rain and easterly gales for northern New Zealand on Wednesday and Thursday.

Coromandel Peninsula is expected to bear the brunt of the heavy rain, caused by a front preceded by moist easterlies, while the skies have already opened on Northland.

A strong wind watch remains in force for northern Auckland, but Northland, western Coromandel Peninsula and eastern Waikato have also been added to the list of areas expected to get strong winds.

The heavy rain is expected to start at about 6pm Wednesday for eastern Northland and parts of Auckland north of Whangaparāoa, including Great Barrier Island.

There will be periods of heavy rain in these areas, up to 6pm Thursday evening.

The wet weather has already arrived in Northland, with 39mm of rain falling at Ngunguru in the 24 hours to 11am Wednesday, according to Northland Regional Council data.

Coromandel Peninsula will be hit for 24 hours from midnight Wednesday, with heavy rain potentially causing streams and rivers to rise rapidly.

Surface flooding and slips are also possible and driving conditions may be hazardous, MetService warns.

Strong winds will also buffer western Coromandel Peninsula and eastern Waikato, near the ranges, for 16 hours from 9am Thursday.

The easterly winds may approach severe gale in exposed places.

The front then moves to the Bay of Plenty, with the area west of Kawerau, including Rotorua, expecting heavy rain for 24 hours from noon Thursday.

MetService’s severe weather outlook, issued at 11am on Wednesday, also predicts unsettled weather into the weekend as a low approaches the country from the Tasman Sea and several troughs bring northerly rain.

There is moderate confidence of significant heavy rain over Westland, parts of Buller and Tasman, on Friday and again on Sunday.

Confidence is low that there will be significant heavy rain over a larger area from Fiordland to Nelson, and northwest Marlborough, from Friday through to Sunday.

On Saturday there is low confidence of significant heavy rain for the Tararua and Ruahine ranges.

On Saturday and Sunday there is moderate confidence of significant heavy rain from Taranaki to Waitomo and Taihape, including western Taupō.