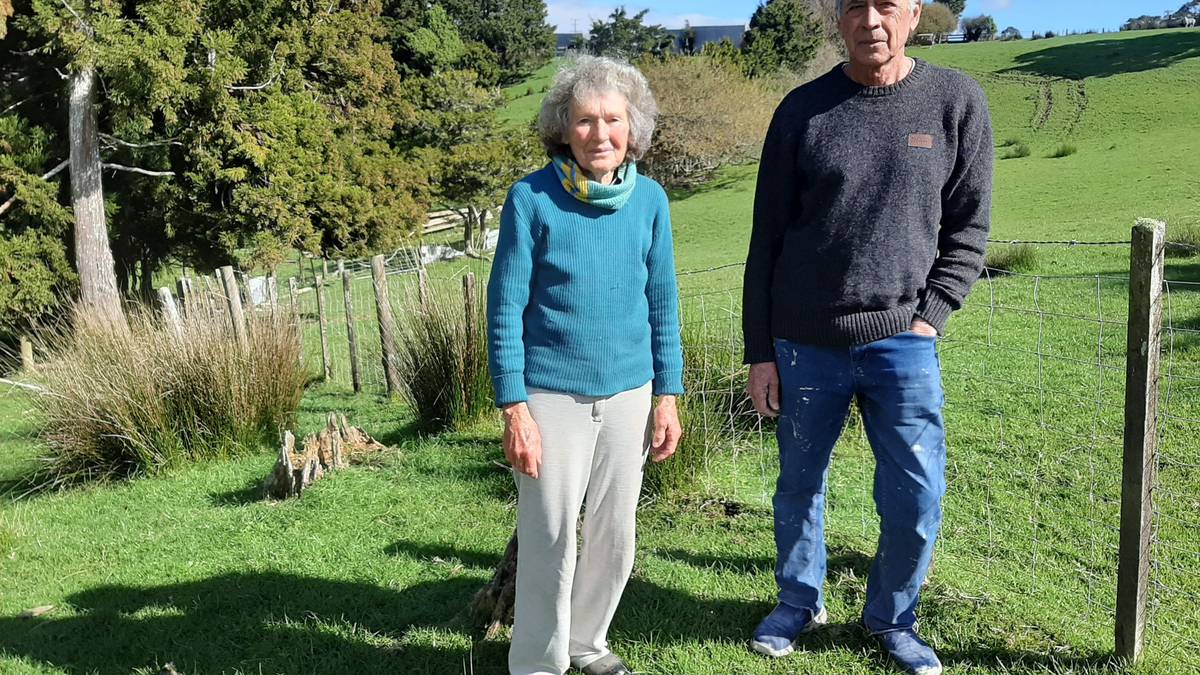 An elderly couple who have had more than two dozen sheep and lambs killed by packs of roaming dogs on their Far North lifestyle block have suffered a fifth attack.

Since early September, wandering canines
hunting in pairs have killed and mauled up to 50 animals – mainly sheep and lambs – at several farms in and around Te Iringa, in rural Kaikohe, including at Lily and John Coleman’s property.

The Colemans have lost around 26 sheep and lambs, along with a calf and several chickens, during separate dog attacks.

The couple suffered a fifth attack a week ago, leaving the rest of their dwindling flock maimed and broken.

“Most have got bites on their back legs and there are a couple with bites around their neck,” Lily said.

“One is struggling to survive.

“The vet has been out twice and patched up some sheep – then they get caught out again.”

The problem of roaming dogs killing livestock in the area stretches back about three decades, and no dog owner has ever been held accountable by the authorities.

Some farmers have taken matters into their own hands and shot dogs harassing stock on their properties.

Richard Tylden, who owns a 400-hectare sheep and cattle farm in the area, said he’s had 30 years, on and off, of dogs attacking his stock, with pig dogs and “family mongrels” mostly to blame.

Following one of the attacks at the Coleman’s, two large brown dogs were surrendered to Far North District Council animal control officers and later euthanised.

Council environmental services manager Rochelle Deane said the dogs were impounded because they were “suspected of carrying out attacks on stock”.

However, no action was taken because “there was no evidence,” she said.

“The two dogs were impounded because they were not under control and were suspected of carrying out attacks on stock, although there was no direct proof they were responsible for attacks.

“The dogs were unregistered, and could only be released back to the owner when registration was completed and release costs were paid.

“The owner did not want to make those payments.

“The dogs were not suitable for adoption, and the owner signed them over for destruction.”

Deane said animal management staff investigate all reports of dog attacks made in the Far North and, where warranted, will prosecute the dog owner and seek a court order to destroy dogs involved.

“Successful prosecution relies on accurate identification of dogs involved, and complainants being prepared to testify in court.”

For now, the Colemans have penned up their depleted flock and set their alarms so as to check on the sheep a couple of times each night.

It’s been quiet since the fifth attack, and John reckons that “word has got round because people seem to be tying their dogs up at night.”

Bay of Islands Watchdogs co-ordinator Leonie Exel said she was “horrified at the suffering of animals who are killed by roaming dogs, and the suffering of the farmers who have to deal with the aftermath.”

“The solution sounds so simple, but as a community, we are still not there yet.

“Every human who owns a dog must treat them with kindness and proper care, and always keep them under their control, or safely contained.

“When dogs are treated as your best mate, they are never out roaming alone.”

* Have regular local community hui, with dog owners, farmers, and others, to find solutions.

* If safe, hold onto wandering dogs, and post photos of them on Facebook to find their owners.

* When there is a stock attack, have a council/police blitz on unregistered and wandering dogs in the area. Use it as a way to educate and help locals work out where the dogs might be coming from.

* Have an after-hours service where wandering dogs can be picked up and kept safely.

* Vote for those who understand issues around animal welfare, locally and centrally.

* Educate people on how to care for dogs, and be safer around them, in schools and workplaces.

* Fundraise for and donate to local rescue services.