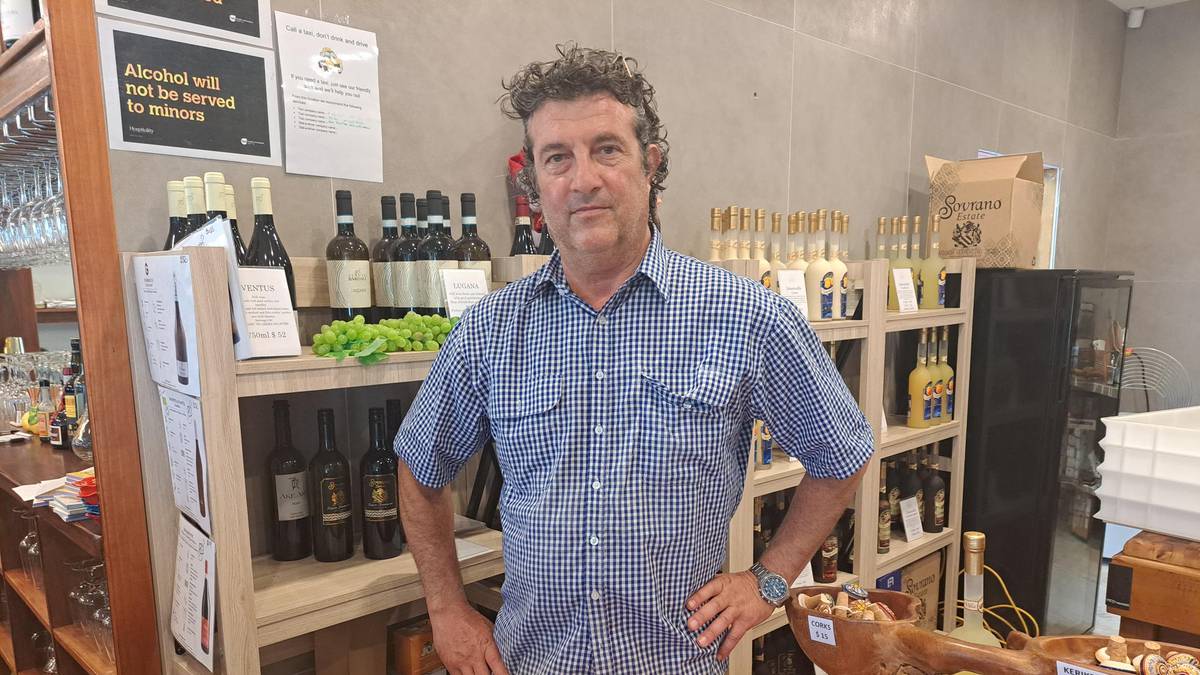 Sovrano Estate and Restaurant owner Andrea Loggia has put his business and property on the market. Photo / Jenny Ling

The owners of a Far North restaurant and winery may have to sell their business after losing hundreds of thousands of dollars due to council “incompetence” over a delayed liquor licence.

Sovrano Estate and Restaurant owner Andrea Loggia, who founded the award-winning Sovrano Limoncello range with his wife Marzia, estimate they are losing around $4000 a day because they can’t sell alcohol from their new Italian restaurant in Waimate North near Kerikeri.

He claims the Far North District Council forgot to process the liquor licence he applied for in September, which means customers haven’t been able to enjoy a glass of wine over lunch or dinner for the past three months.

The council has admitted an “unacceptable vetting delay” and has “reviewed our processes as a result”.

But that’s no comfort to Loggia, who estimates he’s lost between $250,000 and $400,000 over December and January, which is the hospitality and tourism industry’s peak season.

“At the moment we’re running at 10 per cent capacity.

“They [council] are not reassuring us or willing to help. I can’t carry on the business. [Selling is] the only solution I’ve got left.

“People are calling to book and with every single phone call I have to explain why a winery can’t sell wine. Overseas people are laughing on the phone.”

The Loggias bought Ake Ake Vineyard and Restaurant last year and converted the restaurant into an authentic Italian eatery, which opened on October 28. The cellar door boasts wine from the vineyard and a selection of limoncello liqueurs.

Because the off-licence was a renewal application and not a new completely new one, it remained valid so bottles of wine or liqueur can be sold from the shop inside the restaurant.

However, diners seated at nearby tables cannot consume alcohol.

On November 8 a council staff member asked for additional documents for the liquor licence, which Loggia sent the next day.

Over the coming weeks, Loggia contacted the council numerous times to chase it up but received no reply.

“In December we phoned and found out they completely forgot and they didn’t have time,” he said.

It usually takes councils 20 to 25 working days to process liquor licences in New Zealand if all the required documents are provided and if there are no objections from the public.

Sovrano’s lawyer also contacted the council, writing that they “dropped the ball” on the application.

“This has led to an incredibly difficult situation for Andrea and the Sovrano team by effectively preventing them from being able to open and trade during what, for all Far North tourism and hospitality businesses, is the key time of year.

“The further requirements of council in respect of this matter should have been addressed months ago.”

Loggia organised a meeting with the council in early December.

At the meeting, the council told Loggia he could have a special licence that would enable wine tastings in the restaurant so guests could still enjoy a smidgen of wine with their meal – on condition the alcohol was provided at no charge.

However, a council staff member visited the restaurant soon after and said this wasn’t allowed, Loggia said.

Loggia said the situation was “upsetting” and has put the business and 5.2ha property on the market with Barfoot and Thompson.

“We can’t run the business smoothly without a liquor licence.

“I need to make it ready [by putting it on the market] in case they don’t release the licence.

“We are in danger of closing the business because it’s not sustainable anymore.”

Council environmental services manager Rochelle Deane confirmed extra information was required before the application could be accepted and publicly notified.

This was provided by Loggia in November.

“However, vetting took longer than expected and once vetting was completed on December 6 it was publicly notified that same day,” she said.

“We acknowledge the vetting delay in this instance was not acceptable and we have reviewed our processes as a result.”

Deane said the Sale and Supply of Alcohol Act states the public notice must be in place for 15 working days to enable feedback and the working days shall not include the period of December 20 to January 15 of any year.

“This means the public notification period for this alcohol licence application will end January 23.

“Once the public notification period ends, the inspector will be able to complete their report and send it to the District Licensing Committee for their decision.”