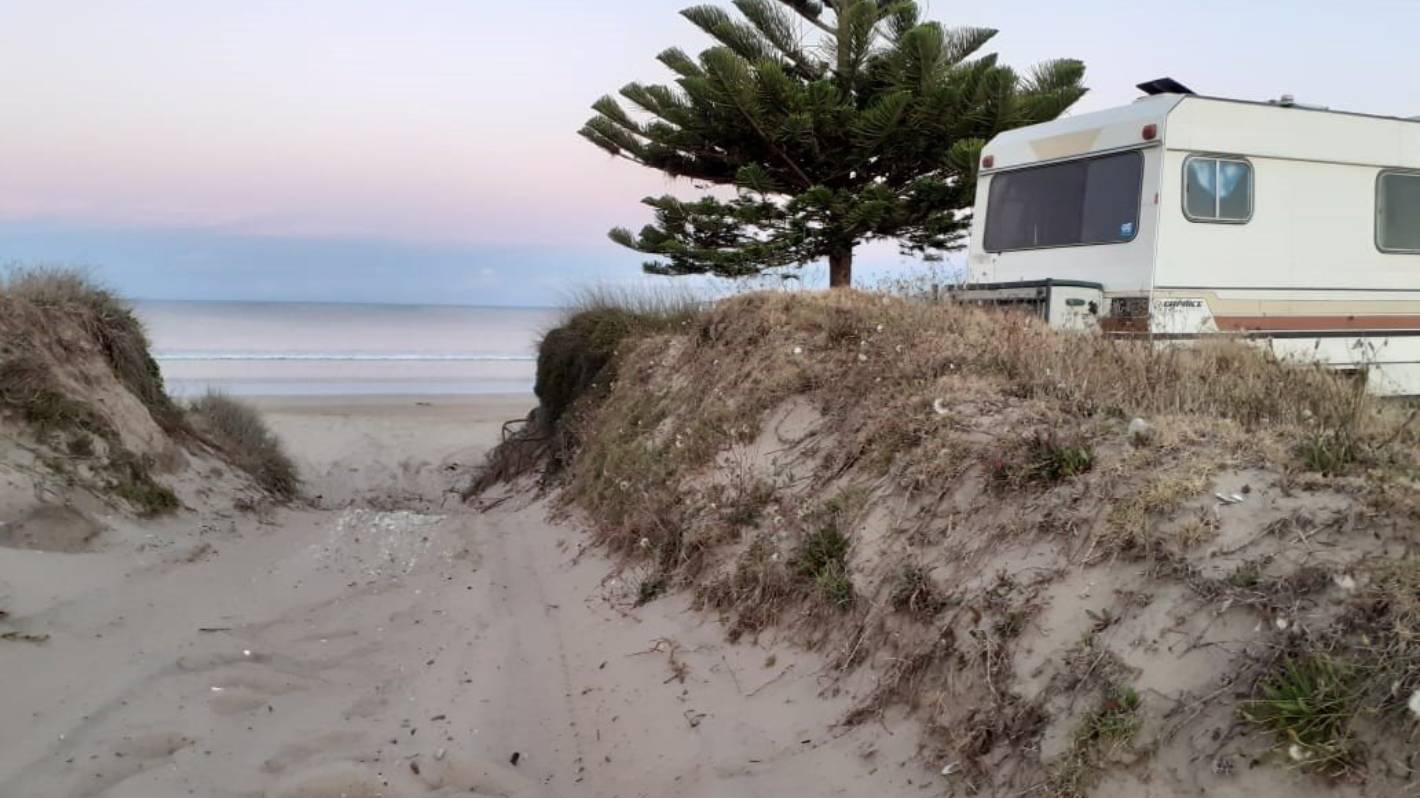 Natasha Roys died at Northland’s Tokerau Beach after a vehicle ran over her tent. (File photo)

The investigation into an incident where a car rolled into a tent while a woman was sleeping inside was “concerning”, a coroner has said.

Natasha Michelle Roys, 43, died at a property at Northland’s Tokerau Beach on New Year’s Day, 2020, after being crushed by an SUV.

Roys had been enjoying new year’s celebrations with friends and was camping in her tent partway down a slope.

Coroner Tania Tetitaha said after Roys went to bed, another person attending the party who was drinking, drove to the beach with others in their four-wheel-drive Suzuki Escudo.

The man said when he returned he parked at the top of the slope and remembered putting on his handbrake.

The next day the car was found at the bottom of the slope and Roys was found unresponsive in her tent.

The possibility of the car owner not setting the handbrake properly was considered by Tetitaha, but she noted he believed it was set and no witnesses had come forward disproving this.

Tetitaha said Roys’ family had raised concerns about the police investigation following the death and this led to a police report on what happened.

The report found police failed to involve the Serious Crash Unit (SCU), failed to follow-up statements with the car owner about the state of the handbrake, failed to get witness statements from everyone present at the incident and failed to take photos of the inside of the car.

These failures in the investigation had caused “anguish to all”, Tetitaha said, and she was “concerned” by the sufficiency of the police investigation.

Roys was earlier described as a “ray of light” by Steve MacMillan, a public affairs manager at Northpower, where she’d worked since 2018.

Tetitaha recommended police should instruct the SCU to consider reports for all deaths involving vehicles, even if they weren’t on a road.

“A SCU report would’ve provided transparency regrading the circumstances that led to the death and how similar deaths could be prevented in the future.

“Their unique skills would’ve been of great assistance on this file. If the SCU investigated I might’ve been able to make specific findings regarding the circumstances of this death.”

Police responded to Tetitaha and said they’d amended their traffic crashes policy to address the issues and SCU would attend this kind of event in the future.

A police spokesperson said the changes had been put in place by May 2022.