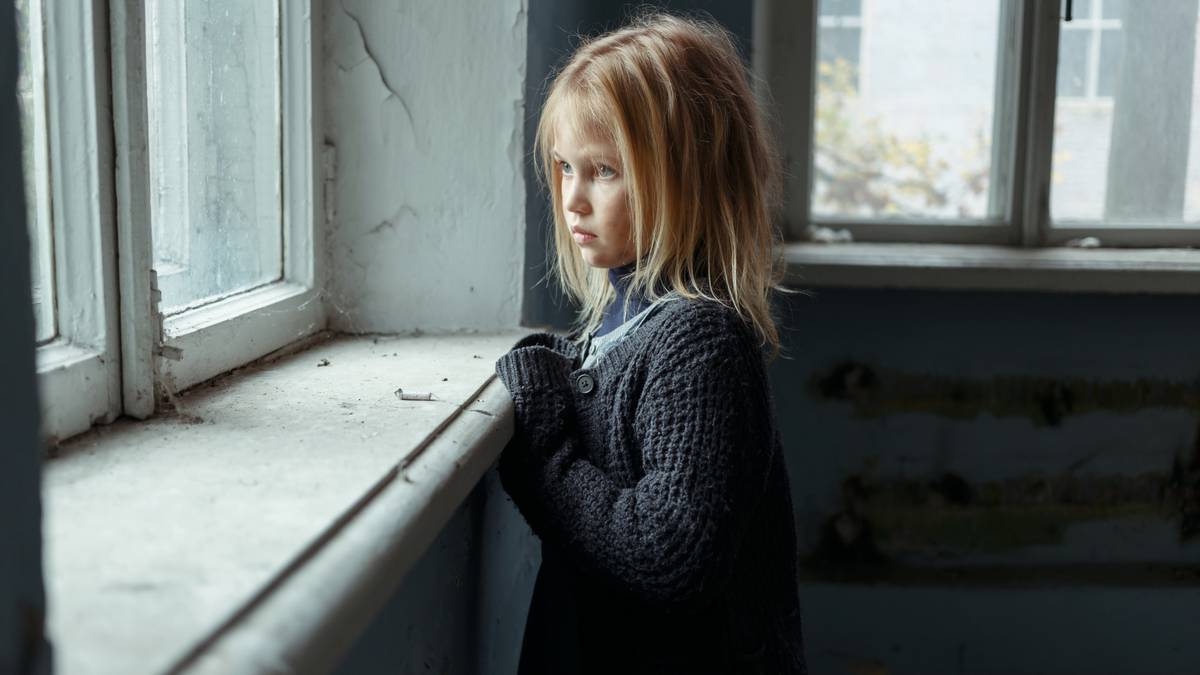 Two small children on the street, unsupervised, looking for food scraps in a rubbish bag.

It’s the kind of scene you might expect to see in a third-world country, not the streets of modern-day New Zealand.

As it was her study day, Ropiha explained she had dropped her kids at the movies and gone to Awanui with her sister for a kai (feed).

“Thursdays is paua and cream day at the local fish and chip shop, so we went and got us some, plus a heap of chicken and chips,” Ropiha said.

“We ended up having so much food left over we took it home.”

On their way home, Ropiha said she saw something she’ll never forget.

“We were driving along when I saw something strange,” Ropiha said.

“I actually thought I was seeing things and remember thinking, it can’t be!”

But her eyes had not deceived her, she had in fact spotted two small children picking out food scraps from an open rubbish bag.

“I drove really slowly up to where they were to see what was going on and then spun around to double-check,” Ropiha said.

“I said to my sister, ‘Can you see what I’m seeing?’ She just started crying.”

Ropiha explained the pair pulled up to the children – a little girl (believed to be around 5) and a little boy (who looked about 2).

She asked the children if they were okay and eventually the little girl explained their dad was away and mum was in the house sleeping.

“I asked if their mum knew they were outside and then asked if they wanted to have the rest of our chicken and chips and tubs of paua,” Ropiha explained.

“The little girl didn’t say anything, but I could tell she really wanted it and she asked to make sure we had finished eating.

“I told her there was plenty and when I gave it to them, the little boy got straight into it.

“It just broke our hearts and all I wanted to do was take them home and give them a shower and a feed.”

The mother of seven said she reported the encounter to the police and was told they would go to the property and conduct a welfare check.

She also posted on Facebook about what she had seen in the hope of spreading more awareness about the issue.

“I just want everyone in our community to know what’s going on out there and to realise there are kids really struggling,” Ropiha said.

“They’re not just tutu kids trying to find trouble, they’re literally struggling at home and hopefully we can get on to this as a community and do better.”

Ropiha explained after posting to Facebook, she had received several private messages from people offering food and support for the whānau.

She said a few people had also alleged they knew the children and had reported the issue to authorities, but that nothing had allegedly happened.

The issue of young children out on the streets was something local grandmother and security guard, Carol Shutt, was also concerned about.

As Northern Districts Security Kaitaia branch manager, Shutt claimed in the past year, she’d escorted more than 30 children home – one as young as 6.

She said children frequently wandered the streets of Kaitaia unsupervised, sometimes as late as 3 or 4am.

As a result, she’d now made a point of patrolling local parks and backstreets in case children required assistance.

“It’s really upsetting so many children are out here on their own, and often without their parents even knowing,” Shutt said.

“One girl I picked up at about 1am. When I asked what she was doing, she said she wasn’t allowed to go home until her parents had finished having sex.

“Other times I’ve dropped kids off and their parents just didn’t even care.”

Shutt told many other heartbreaking stories, like one about a 12-year-old boy she caught stealing diesel for his father.

“That one always makes me emotional,” she said.

“As soon as the boy saw me, he begged me to let him go, he was so scared his father would literally kill him for getting caught,” she claimed.

Shutt said if the parents weren’t going to change, then there needed to at least be a 24/7 drop-in centre for children to go to instead of walking the streets.

She envisioned a safe space for children to have a hot cup of milo and/or food and access to a counsellor.

“I also think we need to set up a community patrol where members of the community work with us to go around the streets and make sure these children are safe,” she said.

According to a recent report on child poverty, around 130,000 children were living in material hardship across Aotearoa New Zealand.

While the numbers are high, the report found the number of children in poverty had actually declined since the last report from 2017.

Minister for Children, Kelvin Davis, said children roaming the streets of Kaitaia had been a long-standing problem dating back to before he was a principal.

He claimed since taking office in 2017, the Government had delivered ongoing increases to family incomes, with 109,000 of the lowest-income families with children said to be better off, on average, by $175 per week.

“Our $5.5 billion Families Package was the biggest boost to household incomes in a decade for thousands of low and middle-income families and our Winter Energy Payment also provides extra support to families through the colder months,” Davis said.

“We’re also putting food in the bellies of our tamariki through our free and healthy school lunches programme (Ka Ora Ka Ako) delivering a million free lunches to school kids every week.”

Nigel Turnbull, Kaitaia Police sergeant, confirmed a police staff member had attended a property last week and had sent a report of concern to Oranga Tamariki.

Turnbull said under Section 48 of the Oranga Tamariki act, children had to be unaccompanied either in a public or private space before police could take action.

Because adults were present at the house when police attended, Turnbull said it was not a scenario which they could act on.

“Neither Section 48 nor 42 (which pertains to the critical endangerment of children) was applicable, therefore police were unable to uplift any children in this particular situation,” Turnbull.

“We did however file a report of concern to Oranga Tamariki the next day due to care and protection concerns reflected in the public comment made by Stacey Ropiha.”

Turnbull said the onus now fell on OT to engage with the whānau and what action, if any, would be taken.

With regards to the number of children on the streets, Turnbull echoed Davis’ comments that the issue had been a long-standing one.

He said based on the available statistics and what he had seen anecdotally, he did not feel the numbers had markedly increased.

Turnbull did confirm what Shutt was seeing, however, and encouraged people to contact police should they witness young people unaccompanied on the streets.

“Kaitaia has always had young people wandering around at night, which usually has an uptake in school holidays and weekends,” Turnbull said.

“The overarching concern for our community should be focused on the level of meth and family harm out there, which is usually the dynamic at home for these kids found on the streets.”

As at August 31, Oranga Tamariki had 72 children in the custody of the Chief Executive of the Kaitaia site.

Nicole Devereux, Oranga Tamariki Te Tai Tokerau regional manager, said in the above kind of situation, individuals or police may make a Report of Concern, which brought the issue to their attention.

Devereux said Reports of Concern were assessed by Oranga Tamariki and if there were any concerns based on the information, they would take further steps.

“Both Police and Oranga Tamariki have within their legislative frameworks the ability to assist if a child is found to be wandering unsupervised,” Devereux said.

“We encourage people to contact us straight away if they think a child is at risk of harm.

“However, the 0508 number is not an emergency line. We advise people to call 111 if they think a child is in immediate danger.

“Anyone who is worried about a child or young person can call and make a Report of Concern to Oranga Tamariki on: 0508 326 459.”