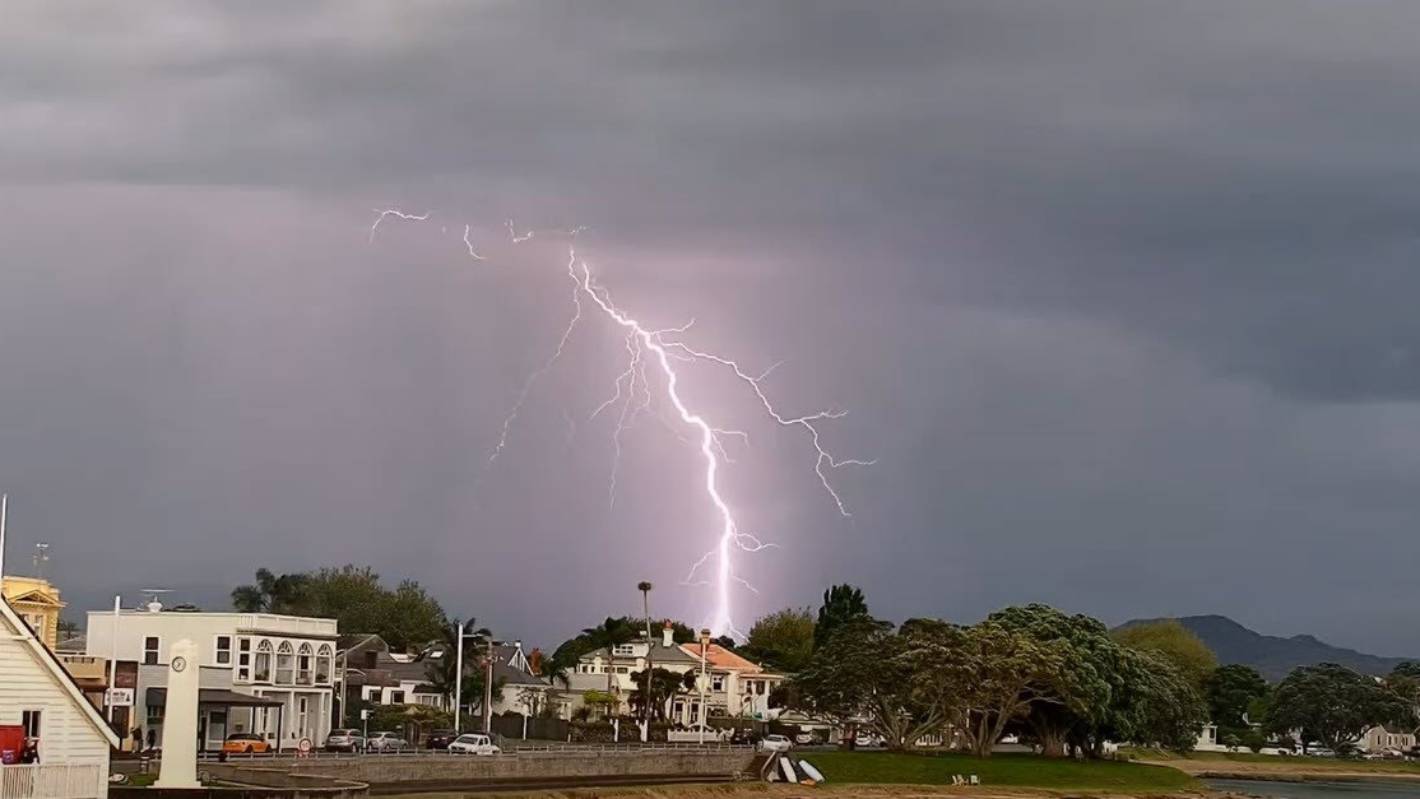 The North Island saw at least 3300 lightning strikes overnight, 44 of which were in Auckland.

According to MetService, Aucklanders dodged the worst of the lightning on Tuesday night, with the majority of the strikes hitting just north or south of the city.

Do you have any cool weather pictures? Email aucklandnewsroom@stuff.co.nz

Thunderstorms also brought intense bursts of rain across most of the North Island on Tuesday.

Hamilton reported 58mm of rain in just 24 hours, with 37mm falling in just one hour – 8mm above what was required to have a torrential rain warning.

However, those in North Island woke up to the promise of an “improving story” on Wednesday as the MetService’s severe thunderstorm warning lifted.

Fine spells were set to increase throughout the day and wind is due to ease by the evening.